How the big speech fared 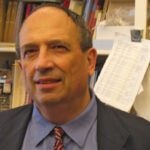 President Barack Obama laid out an ambitious agenda for his second term during Tuesday night’s State of the Union address, and Harvard was listening.

Hundreds of students from both sides of the political aisle gathered at the John F. Kennedy Jr. Forum for a watch party sponsored by the Institute of Politics (IOP). Popcorn, soda, and big-screen television aside, they were there for more than just political theater.

The night provided them with an opportunity to evaluate the president’s goals on issues that most affect their generation, such as economic growth, college affordability, and employment prospects. The speech came on the heels of the IOP’s “Millennials Civic Health Index,” a report released last week with three other civic organizations that presented a stark portrait of America’s 18- to 29-year-olds. Although millennials constituted more than a fifth of voters in November’s election, they haven’t fared well in this economy: Only 62.9 percent are currently working, 31.2 percent of them part time.

“Frankly, I think education is the single most important factor to create jobs in the future,” said sophomore Jacob Carrel, a board member of the Harvard College Democrats. “I think President Obama understands that.”

The president’s speech promised a focus on ensuring middle-class prosperity, challenged Congress to act more swiftly on pressing issues, and outlined a vision of smarter rather than bigger government. Calls for immigration reform and for bipartisan and private-sector solutions on climate change drew applause from the crowd. Obama’s appeal to raise the federal minimum wage earned favorable nods from much of the audience, as did his request that Congress give his proposals a straight up-or-down vote.

“He sounded more confident than he had in a long time,” said sophomore Florence Chen, a member of the IOP student board. “I think that the president will probably deliver on maybe one or two of the many promises, and to be honest, I think that in our democratic process, that’s the best we can expect of him.”

“I think that given the nature of this year’s elections, the Republican Party has shown a desire to work with the president on certain public policy issues. Immigration is one that comes to mind,” said junior Rajiv Tarigopula, president of the Harvard Republican Club. “I’m optimistic that there will be opportunities for bipartisan action in Congress.”