On the nature of difference 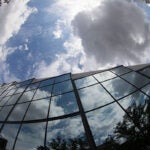 Dean Hammonds discusses her book about race and science

When the American runner Jesse Owens outdistanced the competition on his way to winning four gold medals at the 1936 Berlin Olympics, Nazi leader Adolph Hitler’s response was to suggest a possible link between Owens’ performance and the fact he was African-American.

This led the anthropologist W. Montague Cobb to publish the 1936 article “Race and Runners,” which was intended to dispel the idea that Owens’ winning performance was somehow related to race. Through numerous measures and physical tests, Cobb found no distinct evidence that would attribute Owens’ abilities to his race.

Cobb’s study, along with many other examinations and investigations of differences in human physiology — such as noses, hair, sweat glands, ears, and feet, and reactions to many diseases — are examined in “The Nature of Difference: Sciences of Race in the United States from Jefferson to Genomics” by Harvard College Dean Evelynn M. Hammonds. The book examines the many instances throughout history where race played a role in the scientific investigation of human differences.

Hammonds discussed her book Friday in Sever Hall before about 50 students. She said her intention in putting the book together was to show that over time, society’s preconceptions of race have played a role in many scientific, medical, and anthropological studies.

“When people think about science, they think about it being objective. Therefore, the idea that something like race could be part and parcel of scientific questions is not intuitive for many people because science is supposed to provide unambiguous answers and not leave you with lots of questions,” she said.

Hammonds, the Barbara Gutmann Rosenkrantz Professor of the History of Science and professor of African and African American studies, presented her talk as part of Wintersession, the time between terms that allows students who have returned before the start of classes to experience unusual opportunities. A College-led programming initiative, Wintersession offers students a wide range of elective activities, allowing them to pursue artistic or creative passions, explore a career interest, or participate in recreational activities with friends.

Hammonds told the students she was surprised that after the Jamaican Olympian Usain Bolt won successive gold medals in 2008 and 2012, questions about what made him excel were raised, similar to the way they were raised about Owens.

“All humans have differences. Why is it so hard to leave it at that? Why can’t that answer be the definitive end one about our differences?” she said. “It still surprises me that a fraught, imprecise, historically contingent concept like race is still offered as an explanation for human differences in the 21st century.  When I first read about Jesse Owens, I wasn’t surprised at what happened in 1936. But when I saw sportswriters were asking similar questions about Usain Bolt, I couldn’t believe that people are still asking questions about the relationship between race and athletic performance.”

After the talk, the students said the information Hammonds discussed was eye-opening.

“This was a really good talk. I thought the different physiological studies of the 1800s was kind of surprising,” said Kimberly Mihayo ’15. “The persistence of the question of race, and why the discussions about race have not changed over time, I also found interesting.”

“The Nature of Difference” republishes several studies of human dissimilarities, from the time of Thomas Jefferson to the present. Hammonds stressed it is important to look at the long history of the study of differences in humans because even though scientific methods and societal perceptions change, the study of such differences has tried continuously to answer the same questions.

“If there is one thing we hope students learn from this book, it is we are these debates. We are the ones who keep raising these questions in the same ways, over and over again,” Hammonds said.

The first 40 students received copies of the book, with a chance to have Hammonds sign them. But the chance to hear directly from the scholar is what brought most students to Sever Hall during Wintersession.

“I thought it was really fascinating. I know people who have had her in class, and I have heard really good things about her as an intellectual. Not only is she the dean, but she is also a scholar, so this was a good opportunity to hear her speak,” said Elise Baranouski ’15.