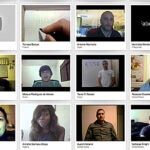 Panelists at the Harvard School of Public Health (HSPH) expressed little hope on Tuesday for the prospect of Congress passing sweeping gun control legislation, but urged citizens to fight for culture change around guns similar to that used to shift attitudes on drunk driving a generation ago.

David Hemenway, professor of health policy and management and director of the Harvard Injury Control Research Center, said that the mother of the Sandy Hook Elementary School gunman legally owned the rifle that killed her, 20 schoolchildren, and several others in Newtown, Conn., last month. Hemenway speculated how a changed gun culture might have kept her and the other victims alive, if friends and neighbors had noticed her son was having emotional troubles and urged her to store the gun elsewhere than home. Across the country, friends might similarly intervene when they know someone is going through a hard time, perhaps depressed and drinking more, and suggest removing a gun from a home.

Increased education about guns and gun violence can also make a difference, panelists said. They decried legislative efforts to muzzle physicians from talking to patients about the dangers of guns in the home, as a Florida law did until it was blocked by federal courts in 2011. There is little evidence, for example, that an unlocked gun in a nightstand drawer offers greater protection against intruders than one safely locked away, while there is ample evidence that the unlocked gun increases the danger to family members.

“There is a lot we can do without laws. We have to change social norms around guns,” Hemenway said, adding, however, that it will take an effort involving everyone from media outlets to parents’ groups to children’s advocates to gun owners themselves. “Every group has to ask, ‘What can we do?’ ’’

The event, “Gun Violence: A Public Health Crisis,” was co-sponsored by The Forum at Harvard School of Public Health and the Reuters news agency. It was webcast live and featured Hemenway; Laurence Tribe, professor of constitutional law at Harvard Law School (HLS) and Carl Loeb University Professor; Felton Earls, professor of child psychiatry at Harvard Medical School (HMS) and research professor of human behavior and development at HSPH; and David King, senior lecturer on public policy at Harvard Kennedy School (HKS). It was moderated by Reuters correspondent Scott Malone.

Despite high rates of gun violence, the United States is not an intrinsically more violent society than others, panelists said. Rates of violent crime such as rape and robbery are about average among industrialized nations. But the U.S. gun homicide rate is many times higher, which panelists blamed on lax gun laws and easy access to weapons. The result, Hemenway said, is that a U.S. child is 13 times more likely to get killed by a gun than his or her counterpart in Japan, Italy, or other industrialized country.

“Data shows that our children are not more violent than other countries’, but our kids kill each other. They kill each other because they have access to guns,” Hemenway said.

Gun violence takes 30 lives a day across the country, according to Malone. Children exposed to violence are more likely to be violent themselves, Earls said, which makes the solution multigenerational.

Current federal licensing and registration laws have so many loopholes as to be ineffective, panelists said. The same was the case with the now-expired federal assault rifle ban. While some states do have strict gun licensing laws, their efforts are undermined by states with little regulation, and that become sources for illegal guns.

Panelists agreed that national outrage over the mass shootings at Sandy Hook presents an opportunity to enact stiffer gun laws, though they were pessimistic that a major overhaul could pass in the current political climate. Part of the problem, King said, is that though most Americans favor increased restrictions on guns, they aren’t passionate about the issue, while the pro-gun lobby is working hard on it.

“My belief is we’re not going to be making a lot of progress in Congress very soon,” King said.

Lawmakers respond to activism, however, so people who want changes to gun laws have to make their voices heard, King said. He counseled those seeking change not to neglect state and local officials. With 511,000 elected officials at various levels in this country, there are many opportunities to change minds.

“If this is something you care deeply about, you have to get involved. Complaining isn’t enough,” King said.

Tribe also cautioned against using the political climate as an excuse for not fighting for change, saying incremental changes can be important too.

“If we wait until we can change everything, then we will change nothing,” Tribe said.  “We cannot make the perfect be the enemy of the good.”

Tribe pointed to recent U.S. Supreme Court decisions affirming the Second Amendment’s right to bear arms as potentially helpful for those seeking better gun laws. The decision invalidates pro-gun scare tactics claiming that any regulation is a step on a “slippery slope” that could one day lead to the government confiscating all guns. Those court decisions mean that gun control is not the constitutional issue that many believe, he said, but rather is a cultural and political one.

Panelists called for more funding for research on gun violence. Hemenway said improved gun storage is needed to minimize theft. He also said he would support a law to restrict purchases to one gun per month.

“There are lots of sensible things we can do to make a real difference, and we should do them,” Hemenway said.

Gun Violence: A Public Health Crisis | The Forum at HSPH

The U.S. witnessed an alarming string of multiple mass shootings in 2012. Among the deadliest in the country’s history was the recent rampage in an elementary school in Newtown, Conn., where a gunman killed more than two dozen people, mostly children. He also killed his mother and himself. The Connecticut shooting prompted President Barack Obama to call for an end to such tragedies, but what policy changes can Americans realistically expect? This Forum event investigated the legal, political, and public health factors that could influence future efforts to prevent such massacres. This Forum event was presented in collaboration with Reuters. Watch the entire series from The Forum at Harvard School of Public Health at www.ForumHSPH.org.