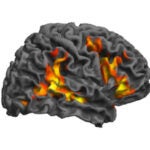 Doctors can feel their patients’ pain

If the focus on cancer sometimes tilts toward its impact in rich, industrialized nations, statistics show that the disease is a scourge all around the world, with 70 percent of cancer deaths occurring in developing countries.

That glaring disparity has mobilized a group of Harvard School of Public Health (HSPS) students. The students, together with the HSPH student government, the student group Students in Latino Public Health, and the Harvard Global Equity Initiative, have put together a half-day event to raise awareness and dispel myths about cancer as a global health issue. The event, scheduled for Friday at the School of Public Health’s Kresge Building, marks World Cancer Day on Monday. As part of their commitment, students are also gathering signatures for the World Cancer Declaration by the Union for International Cancer Control, which contains a list of 11 cancer-related health priorities.

Rodriguez said the effort calls attention to the fact that cancer is a serious problem in poor nations and that steps to prevent or treat it — routine in richer countries — should be part of the global health agenda.

Associate Professor of Medicine Felicia Knaul, who heads the Harvard Global Equity Initiative, which supports student World Cancer Day efforts, said there are few cancers whose outcomes are similar in both developed and developing countries. Pancreatic cancer is one, because it’s equally deadly everywhere.

“For every other cancer that can be treated, the outcomes are very different,” said Knaul, a breast cancer survivor.

There are several reasons for the disparity. People in poor countries seldom hear messages about lifestyle changes — don’t smoke, eat a healthy diet, exercise — that have been shown to prevent cancer. Similarly, a vaccine that can prevent one cancer fatal to women, cervical cancer, is not widely distributed. As a result, 90 percent of cervical cancer cases are found in developing countries, Knaul said.

“It has very much become a cancer of poor women and a cancer for which poor women die,” she said.

Disparities in mortality extend to highly treatable cancers, such as acute lymphoblastic leukemia, fatal to just 10 percent of patients in wealthy countries but deadly 90 percent of the time in poor countries.

Knaul said there are several myths about global cancer that need to be exploded, including that there’s nothing that can be done, that tackling the problem would cost too much, and that bigger health issues plague the developing world. All are false, she said, adding that institutions like HSPH are key to gathering affordable, innovative solutions from around the world that can be used toward new strategies to meet the challenge.

Students are a big part of the solution, Knaul said, because they’ll be designing the health solutions of tomorrow. In addition to organizing Friday’s event, students who have been touched by cancer planned to participate and share their stories of surviving or supporting a family member’s struggles with the disease.

Toni Kuguru, one of the student organizers, became interested in the subject when her husband, David, became ill with multiple myeloma. He was treated in the United States and is currently in remission, but the episode got Toni Kuguru thinking about the health care system in his native Kenya, where the outcome could have been different.

Kuguru said she hopes that more students will get involved after hearing about the problem and the personal testimony of those touched by cancer.

“What we’re hoping for the student body is that they’ll be inspired. We’re hoping students understand there’s lots of possibilities out there to become involved,” Kuguru said.