How to build a nation 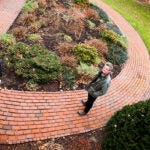 To succeed, Fukuyama says, a national identity must be forged from within

Building a new nation can only be done from within, one of America’s top political intellectuals said Thursday, a reality that he said explains the bloody obstacles the United States has encountered in its efforts to create new, democratic governments in Iraq and Afghanistan.

Francis Fukuyama, who in 1992 famously predicted “the end of history” because liberal democracies and free market economies suggested an endpoint in the evolution of government, said that external forces can erect the skeleton of state in an embattled country, creating police forces, administrative structures, and taxing authorities. But nation-building goes further and involves a shared sense of national identity, built on elements that tie people together — such as shared culture, language, and history — that cannot be imposed from without.

Fukuyama provided an overview in which he said large, diverse nations have a harder row to hoe in creating national identities. Nigeria is an example where little effort has been expended on nation-building, with resulting dysfunction and inter-group violence, while the United States is an example of a diverse nation where people feel a sense of national identity not because of shared ethnicity or longstanding cultural history, but because of a shared set of ideals.

Fukuyama spoke at the Minda de Gunzburg Center for European Studies in a kickoff session for a two-day workshop focused on European national identities, organized with the Grundtvig Centre at Aarhus University in Denmark.

Professor of Government Grzegorz Ekiert, the Center for European Studies’ director, introduced Fukuyama, describing him as one of the nation’s leading public intellectuals over the past 20 years and the author of nine books, including 1992’s “The End of History and the Last Man.”

He used the example of the collapse of the Soviet Union and the emergence of the Russian Federation as an example of changing borders to forge a national identity. The idea of creating a “Soviet Man,” once fostered by the U.S.S.R.’s leaders, never really took hold. In the discussions of what a post-Soviet Russia should look like, the idea that resonated most with people was a “small Russia” vision, in which Russians focused on home and stopped spending manpower and treasure in other places.

Changing populations has also been used to forge national identities, sometimes through inhumane means. The ethnic cleansing campaigns that marked the fighting in the Balkans in the 1990s are examples, as is the expansion of the ethnic Han from their original home in northern China to their current domination of the nation. The shuffling of populations after World War II, Fukuyama said, is a big factor in the stability of today’s Europe.

Independent cultures across Indonesia’s 11,000 islands and Tanzania’s many tribal groups were assimilated into a national identity forged by authoritarian governments. A common language was required to be taught in all schools, a key factor in building a national identity. Fukuyama contrasted those nations with Nigeria and Kenya, where nation-building efforts were not applied with a strong hand and where inter-group violence has been a problem.

Another important factor in forging national identities is “historical amnesia,” Fukuyama said. He cited the political theorist Machiavelli in saying that many of today’s stable nations have their roots in an “original crime,” a violent event such as the Swiss civil war, the partition of India and Pakistan, or the subjugation of native people in the United States. In Denmark, he said, it was German leader Otto von Bismarck’s crime — taking German-speaking provinces from Denmark by force in 1864 — that left behind a Danish-speaking nation where forging a national identity among a people sharing a common language and culture was relatively easy.

“He [Machiavelli] says all just enterprises originate in an original crime … I think this is much truer than we would like to admit,” Fukuyama said. “This doesn’t mean that liberal democracies … are any less good as democracies, but it also shouldn’t allow us to forget that they started in an original crime.”