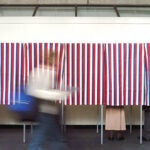 Sandy prompts renewed interest and concern, and Schrag says it should

Superstorm Sandy’s hurricane winds and torrential downpours killed at least 106 people, left millions without power, and caused billions of dollars in damage. It also got people — including the mayor of New York — talking again about climate change.

While many analysts focused on the storm’s intensity, Daniel P. Schrag, Sturgis Hooper Professor of Geology in the Faculty of Arts and Sciences, found Hurricane Sandy’s path rather than its power most intriguing.

Hurricanes generally go out to sea. Schrag, who is also a professor of environmental science and engineering in the School of Engineering and Applied Sciences and director of the Harvard University Center for the Environment, pointed out that as Sandy moved north over the Atlantic, two unusual things happened that defy how people view climate change.

The storm built up steam over the mid-Atlantic’s water, and then it turned west and drove inland.

Water and its role in climate change was the subject of Schrag’s Monday evening lecture, “Wetter Weather: Water on a Changing Planet.” It was the latest in the ongoing Water Lecture Series at the Radcliffe Institute for Advanced Study’s Fay House. The moderator was Joan Ruderman, Nelson Professor of Cell Biology at Harvard Medical School and director of the Marine Biology Laboratory in Woods Hole.

As it turns out, warm water played a big part in Sandy’s track. Schrag said cool mid-Atlantic water typically would have sapped the hurricane’s energy. But water warmed by 4 degrees Fahrenheit gave it energy. Also, Schrag speculated, the jet stream, perhaps intensified as the result of a dramatic loss of Arctic sea ice since 2007, steered Sandy over the United States and away from its usual eastern course.

Water has a role in climate change, Schrag said. Last July, flooding in Duluth, Minn., swept polar bears and seals from the zoo and half-submerged cars. Some zoo animals drowned. As air gets warmer, Schrag said, it holds more water, so storms become more intense. There isn’t more total rain, but when it does shower, the storms are harsher or last longer.

Climate change also produces so much water that there is no place to put it, he said. Mountains reserve water in snow packs that melt in the summer. However, snowmelts are occurring 60 days earlier in some locations, Schrag said. There already has been flooding in the Sacramento delta because snow packs in the Sierra Nevada mountains are melting earlier than usual.

The water, Schrag pointed out, needs somewhere to go, and countries don’t have the wherewithal to build dams to pick up the slack.

One theory for warming involves a lack of soil moisture, Schrag said. Moisture is deposited in the soil by rain and given back into the atmosphere by transpiration, which cools the Earth. Schrag said recent droughts have prevented that cooling — a chicken-and-egg theory, he acknowledges, but an intriguing one.

He pointed out that since 2007, melted Arctic ice opened the Northwest Passage, a development that he believes could have a dramatic effect on weather patterns. Last spring’s unseasonable warmth caused places like Rochester, Minn., to set record daytime highs.

New York Mayor Michael Bloomberg endorsed President Barack Obama for re-election last week in part because he accepts climate-change theories. Schrag, a member of Obama’s Council of Advisers on Science and Technology, said talking to politicians about climate change can be challenging. But he said he’s hopeful Sandy is “potentially a wake-up moment.”

“There’s a lot of traumatic weather events that could do the same thing,” Schrag said. “Maybe Sandy will be one. If not, there will be another one. I promise.”