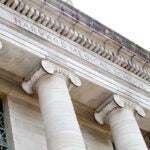 The early days of discovery

Criteria used to diagnose them found to be inconsistent

In recent years it has become clear that athletes who experience repeated impacts to the head may be at risk of potentially serious neurological and psychiatric problems. But a study of sports programs at three major universities, published in the Oct. 2 Journal of Neurosurgery, finds that the way the injury commonly called concussion is usually diagnosed — largely based on athletes’ subjective symptoms — varies greatly and may not be the best way to determine who is at risk for future problems. In addition, the way the term “concussion” is used in sports injuries may differ from how it is used in other medical contexts, potentially hindering communication about the factors most relevant to patient outcomes.

“The term ‘concussion’ means different things to different people, and it’s not yet clear that the signs and symptoms we now use to make a diagnosis will ultimately prove to be the most important pieces of this complicated puzzle,” says Ann-Christine Duhaime, director of the Pediatric Brain Trauma Lab at Harvard-affiliated Massachusetts General Hospital (MGH), who led the study.

“Some patients who receive a diagnosis of concussion go on to have very few problems, and some who are not diagnosed because they have no immediate symptoms may have sustained a lot of force to the head with potentially serious consequences,” explains Duhaime, the Nicholas T. Zervas Professor of Neurosurgery at Harvard Medical School.

The current study is part of a larger investigation into the biomechanical basis of concussion and the effects of repeat impacts to the head, conducted over five years at Brown University, Dartmouth College, and Virginia Tech.  A total of 450 students — members of all three schools’ football teams and of two women’s and two men’s ice hockey teams — wore helmets equipped with instruments that measured the frequency, magnitude, and location of head impacts experienced during practice sessions, scrimmages, and games. Team trainers and physicians followed their standard procedures for assessing and diagnosing potential concussions and prescribing treatment.

During the study period, more than 486,000 head impacts were recorded in participating athletes. Concussions were diagnosed in 44 participants, four of whom were diagnosed a second time for a total of 48 diagnosed concussions. A specific impact could be associated with the concussion 31 times, but no clearly associated impact was identified in the other 17 instances. The most commonly reported symptoms were mental cloudiness, headache, and dizziness, and only one athlete lost consciousness. An immediate diagnosis was made only six times, and many of the athletes did not begin experiencing symptoms until several hours after the game. Although measured head impacts in those diagnosed with concussions tended to be higher, some concussion-associated impacts had considerably less measured acceleration/deceleration of the head. The authors note that the injuries reported in this study contrast with those usually seen in patients diagnosed with concussion in emergency departments, in whom a single, clearly identified head impact is typically associated with immediate changes in consciousness.

The authors add that developing strategies to prevent and manage short- and long-term consequences of head injuries requires accurate tools to determine which patients have sustained impacts that may affect the brain in significant ways, and that currently used criteria based on reported symptoms may be unreliable predictors of actual injury to the brain. They propose that replacing the single term “concussion” with the concept of a concussion spectrum may be useful in determining the range of factors that can influence patient outcomes.

“A lot of work is needed before we can understand to what extent patients’ reported symptoms — compared to such factors as the actual force imparted to the brain, previous head injuries, and genetic background — influence the eventual consequences of repeated head impacts, consequences that may vary from patient to patient,” says Duhaime, who is director of Pediatric Neurosurgery at MassGeneral Hospital for Children and director of Neurosurgical Trauma and Intensive Care in the MGH Department of Neurosurgery. “For now, however, it’s sensible to err on the side of safety, realizing that more specific answers will take more time and research.”