A plan to stop cholera’s spread 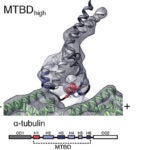 A Harvard medical specialist suggested Monday that relief workers and peacekeepers from cholera-endemic countries should be treated with antibiotics before they serve in other nations, to avoid repeating the Haitian epidemic that has killed thousands.

Haiti had been cholera-free for 100 years before the devastating earthquake struck near Port-au-Prince in January 2010. The disaster brought relief workers and United Nations’ peacekeepers from around the world. The cholera epidemic began 10 months after the quake, with the bacterium possibly brought in by a Nepali peacekeeper. The outbreak has so far killed 7,000 and sickened 600,000 in Haiti, with 20,000 more cases in the nearby Dominican Republic.

Mekalanos delivered his comments at the Radcliffe Institute for Advanced Study’s Fay House in a talk called “River Monster: The Epidemiology, Ecology, and Pathobiology of Cholera,” part of the institute’s water lecture series.

Cholera, which is caused by the bacterium Vibrio cholerae, has been plaguing humans for millennia, with likely descriptions of it as far back as A.D. 40, Mekalanos said. The battle against cholera gave rise to epidemiology, which traces its roots to an 1854 London outbreak and physician John Snow’s tracking the ailment to an infected water pump, whose handle city officials eventually removed.

Though a rarity in the developed world, cholera remains a scourge in developing nations. It infects an estimated 3 million to 5 million annually and kills 100,000, according to the U.S. Centers for Disease Control and Prevention. Cholera, which causes vomiting and massive diarrhea, is easily treatable by modern medical science, but still deadly in places far removed from health care.

Cholera is spread in water contaminated by disease-containing feces, which explains its absence in developed nations, with their advanced water and sewage treatment facilities. The disease is found in developing nations with poor sanitation. Once a person ingests a cholera bacterium, it multiplies in the intestines, releases cholera toxin, and then gets flushed out by the resulting diarrhea to infect new hosts.

Though there had been periodic cholera epidemics in the past, the New World had been cholera-free for about 100 years until 1991, when an epidemic began in Peru.

After the outbreak began in Haiti, Mekalanos began testing samples from Haiti and comparing them with samples in Peru and Bangladesh. He found that the Haitian strain was much more closely related to the Bangladesh strain, indicating it originated in Asia. A 2012 comparison with cholera strains from Nepal found an even closer match, supporting the contention that the bacteria arrived with Nepali peacekeepers near the outbreak site.

Mekalanos said little is known about cholera’s seasonality and about what happens once it enters the environment. Research shows that some viruses prey on the bacteria while it is in the water, with the virus numbers negatively correlated to those of the cholera bacteria, rising as cholera is falling. That raises the possibility of an environmental control of the disease while it is in the water supply.

“I’m humbled by how little we know [about cholera] in an ecological setting,” Mekalanos said.

The Water Lecture Series at Radcliffe continues with “Wetter Weather? Water on a Changing Planet,” 5 p.m., Nov. 5,  in the Sheerr Room, Fay House, 10 Garden St. Featured speaker is Daniel Schrag. On Dec. 3, the series will include Joan Ruderman discussing “Hormonally Active Pollutants: What Are They, What Can They Do, and How Do We Know They’re Out There?” More information