A close eye on population growth 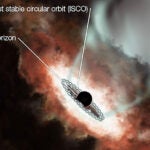 Projections that global population growth will level out in coming decades are not assured, an expert said Wednesday, adding that just a one-child difference in global fertility would mean an extra 10 billion people by century’s end.

At today’s rate, population would skyrocket by 2100, to 27 billion from today’s 7 billion, Cohen said. But growth has been slowing steadily in recent decades. Projections see the pace continuing to slow as it approaches the replacement growth rate of about 2.1 children per family, putting the world population between 9 billion and 10 billion by 2100.

Population growth is a key factor in addressing a host of big problems, but not the only one, Cohen said. Economic issues, cultural influences, and environmental effects also must be considered if nations are to address major issues such climate change, hunger, and the disparity between rich and poor.

“To understand the solution of any real human problem, if you don’t have these four elements, you’re going to run aground,” Cohen said.

Cohen spoke at the Harvard Kennedy School’s (HKS) Belfer Building in a seminar co-sponsored by the Harvard School of Public Health’s Center for Population and Development Studies and the HKS Sustainability Science Program. The talk was introduced by Sustainability Science Program Chair William Clark, the Brooks Professor of International Science, Public Policy, and Human Development at HKS, and HSPH Dean Julio Frenk, who cited the breadth of Cohen’s scholarship in calling him a “true Renaissance man.”

Cohen began by examining the problems of population growth, pointing out that cultural issues play a significant role, with some groups discouraging contraceptive use.

Other major trends, however, foster declining birthrates. Better education among women and girls delays their first pregnancy and has been shown to lower the total number of children a woman has. Similarly, birthrate declines are linked to urbanization, because city dwellers have easier access to contraception, and no farm in need of a big family.

Sometime in 2007, the balance between city and countryside populations tipped toward the former. Projections show an additional 5 billion people living in cities by the end of the century, which translates to 1.1 million new urban residents a week between now and then.

Another trend, Cohen said, is the aging of the world population. With the number of dependents for each working-age individual expected to rise, retiring at age 65 may cease to be an option for many.

“There is not going to be any way around people working longer when we have this many elderly people and this [number of] younger people,” Cohen said.

Pressure on the planet’s resources doesn’t just come from population growth, Cohen said, it also results from increased living standards in developing nations. Cohen cited several studies showing that resource use will have to double, triple, or even quadruple to bring global living standards near those in industrialized nations.

While rising standards of living are linked to declining birthrates, they’re also linked to increased power consumption, much of which is from fossil fuels. Burning fossil fuels adds carbon dioxide to the atmosphere and exacerbates climate change. Declines have been measured in ice sheets in Greenland and Antarctica; should either melt, several meters of sea level rise would inundate major cities on all continents.

Turning to world hunger, Cohen pointed out that today’s harvests contain enough calories to feed the world. The problem, he said, is in how much grain is diverted to feed livestock and to industry to create biofuels and other materials.

“I think we have to do the same thing with hunger that we did with slavery,” Cohen said. “There’s no reason people should go hungry. If you get born, you have a right to eat.”

Part of the reason these problems remain unsolved, Cohen said, is that today’s institutions may be inadequate for the job. Governments focus on narrow geographic areas (nations, states, or towns) and operate on short time frames — the next election cycle or, at most, the decade-plus span during which a child is educated. Corporations, on the other hand, can have a global reach, but tend to be focused on specific resources, like a fishery or industry. While some companies plan for the longer term, many are ruled by the short-term demand for quarterly results.