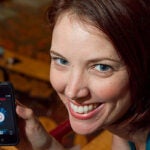 An app aimed at transparency

The legacy of the 9/11 attacks in 2001 goes beyond the resultant war on terror and continued fighting in Afghanistan to include lies about public health threats at the time, ongoing health problems today, and a public health system that may be less secure in the present and future, a Pulitzer Prize-winning author said Thursday.

In a talk at the Harvard School of Public Health’s (HSPH) Kresge Building, Laurie Garrett, senior fellow for global health at the Council on Foreign Relations, outlined a litany of ongoing public health troubles and missed opportunities, beginning with 9/11 and extending through anthrax attacks and outbreaks of SARS, bird flu, and swine flu.

“A lot of the most important public health aspects of 9/11 were completely buried and overlooked, and continue to be even today,” Garrett said.

Garrett touched on ongoing health problems stemming from the attacks themselves, including elevated rates of cancer and depression among responders; a U.S. public health system still vulnerable to major pandemics, such as from bird flu; and the proliferation of facilities containing dangerous microbes, a situation she compared to the proliferation of nuclear weapons.

Garrett’s talk drew on material from her 2011 book, “I Heard the Sirens Scream: How Americans Responded to the 9/11 and Anthrax Attacks.” She is the author of two other books and won her Pulitzer while a reporter at Newsday for coverage of the 1995 Ebola outbreak in what is now the Democratic Republic of the Congo.

Garrett, who was introduced by HSPH Dean Julio Frenk and who was a fellow at the School’s Center for Health Communication from 1992 to 1993, was the first speaker in this year’s Dean’s Distinguished Lecture Series.

Garrett, who was in New York on 9/11, said that what was overlooked in the focus on the immediate lives lost were the effects of the “horrible black plume” that emanated from the pile of World Trade Center rubble for months.

‘We now know that even as we were told by [EPA Administrator] Christie Todd Whitman … that there was nothing dangerous in the air whatsoever and no cause for concern, that we were lied to,” Garrett said.

The public health threat to New Yorkers living downwind of the site has been given little attention, Garrett said, and inquiries about possible health effects from surrounding residents can seem almost unpatriotic compared with the sacrifices of responders who lost their lives. Still, Garrett said, the plume is known to have been highly alkali and to have contained harmful chemicals, including asbestos, chlorine, and other halogens from the computer equipment in the towers.

Firefighters who worked at ground zero have been found to have a 19 percent increase in all cancers, while construction workers laboring on what was known as “The Pile” had increased respiratory ailments. Psychological problems were also seen, including a huge increase in post-traumatic stress disorder and depression among police responders, stress-related problems such as bed-wetting and depression among children who witnessed the attacks, and an increase in spontaneous abortions among pregnant women who viewed the attacks on television.

Garrett compared the U.S. response to the attacks with the response of Great Britain, which was targeted by al-Qaida attacks in 2005. After those attacks, the British ran a series of advertisements on television warning the population that loved ones might be suffering psychological trauma from the attacks and that free care was available. Lasting effects from the attacks there appear to be minimal, she said, emphasizing that post-traumatic stress disorder is treatable if help is provided.

The U.S. anthrax attacks that followed 9/11 brought the potential of bioterror and the need for biosecurity to the forefront, Garrett said. They also highlighted the inadequacy of microbial forensics, the techniques that allow tracking of specific microbes. She disputed the FBI’s conclusion that scientist Bruce Ivins was responsible for those attacks and said that evidence that might link them to al-Qaida was not fully pursued.

The United States spent billions of dollars on biodefense in response to the attacks, including constructing more biosafety level-4 labs, which handle the most dangerous microbes. This parallels an increase in those types of facilities internationally. The result, Garrett said, has been a proliferation globally of the most dangerous microbes, deadly and easily transmittable to humans. The situation, she said, is akin to the proliferation of nuclear weapons, particularly because there is no single agency in charge of security at these facilities, even in this country.

In addition, Garrett said, recent budget cuts have reduced the resources available to the state and federal agencies responsible for identifying and fighting such microbes, including the Centers for Disease Control and Prevention. The world is taking a Band-Aid approach to the threat, she said, providing resources when there’s an outbreak of a potentially deadly ailment, and then cutting back when the scare subsides.

The result, she said, is a health system that really isn’t ready for major new threats, such as that posed by H5N1 bird flu, which grabbed global headlines in the mid-2000s and then receded. Although bird flu isn’t in the headlines anymore, the threat remains, Garrett said. The virus, which killed 60 percent of the humans infected, has evolved to infect more kinds of birds, allowing it to spread to the bird populations of 67 countries, though none yet in the Western Hemisphere.

Although billions of dollars have been spent since 9/11, and some technological solutions are still being sought — such as a universal flu vaccine — the first line of bird flu defense for wealthy countries remains quarantining regions where the flu breaks out and killing poultry in poor countries, further impoverishing their populations.