A warning from inside Tunisia 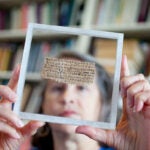 Suggestion of a married Jesus

Role of religion at issue in post-revolution transition, expert says

Recent religious violence coupled with moves by Tunisia’s ruling Islamist party to put religious protections in its proposed constitution prompted a leading Tunisian legal expert to warn Monday that the nation is taking steps on the “way of the worst.”

Yadh Ben Achour, head of a key body overseeing legal and constitutional reform during the Northern African nation’s post-revolution transition, described the tension between the secular, pluralist forces that sparked the 2010-11 uprising and the more conservative religious majority that has come to the fore since the election last October of the Constituent Assembly, charged with drafting a new constitution.

“The results show there’s an essential difference between the people of the revolution and the people of the election,” Ben Achour said. “If . . . the majority persists in its repeated attempts to inject polemical things into the heart of the public debate, then we may expect the worst.”

Ben Achour made his comments during a talk at Harvard’s Center for Government and International Studies, sponsored by the Center for Middle Eastern Studies. The talk, titled “Religion, Revolution and Constitution: The Case of Tunisia,” was presented by the center’s Working Group on Arab Transformative Movements.

Mohamed Bouazizi, a street vendor, sparked Tunisia’s revolution in December 2010 when he set himself on fire in protest of treatment, including the confiscation of his goods, by a government official. The demonstrations that resulted drove President Zine el-Abidine Ben Ali from office and sparked movements that toppled governments in Egypt, Libya, and Yemen, as well as civil war in Syria.

In the post-revolutionary transition, Ben Achour, a lawyer and specialist in Islamic political theory, was appointed the head of a commission on political reform, subsequently expanded to the current High Authority for the Achievement of the Revolution Objectives. Ben Achour was introduced Monday by Malika Zeghal, the Prince Alwaleed Bin Talal Professor in Contemporary Islamic Thought and Life, who described him as “a critical actor in the first democratic experiment in the history of Tunisia.”

Tunisia’s pre-revolution government violently repressed opposition parties, including the moderate Islamist Ennahda Party, which gave the party a great deal of sympathy among citizens, Ben Achour said. However, religion was absent from the rallies and revolutionary discussions, which focused on replacing Ben Ali’s despotic rule with a pluralistic democracy marked by tolerance and freedom, he said.

Neither was religion a factor in the immediate aftermath of the uprising, Ben Achour said, when initial reforms were undertaken and a transitional structure was established. It has only been since the October elections that religion has become an element in the discussion of Tunisia’s future government.

The elections were won by the Islamist Ennahda Party, with 40 percent of the vote, giving it 90 seats in the 217-seat Constituent Assembly. Since then, Ben Achour said, the party has made several proposals that would inject religion into government, dropping some after popular protest. A proposal to make Shariah the foundation for the country’s legal system was abandoned after 25,000 gathered to protest the idea.

A proposed article of the constitution that dealt with men and women as “complementary” rather than equal drew a second protest, running afoul of Tunisia’s long history of equality between the sexes — enshrined in the 1956 Personal Status Code. The code, adopted shortly after independence from France, protects the rights of women, outlawing polygamy, abolishing unilateral divorce by men, increasing the marriage age for women, and reforming the inheritance law.

“The … ruling party, which had renounced making Shariah the source of law, is now maintaining that position even more forcefully,” Ben Achour said.

The recent attacks on the U.S. embassy in Tunisia, prompted by outrage at the release of an anti-Islam film and during which three protesters were killed, were not the first cases of worrisome violence, Ben Achour said, citing incidents related to other films dealing with religious topics.

“The current wave of violence in Tunisia should facilitate the way of those who defend the sacred against those who defend liberty,” Ben Achour said. “There is a very large gap between the revolutionary message and the rising issues since the election of Oct. 23.

“If, as it clearly and officially states, the Ennahda Party continues to support the idea that the constitution is not the property of one party and that it should be the subject of consensus, both within the Constituent Assembly and outside, then we may hope the things will work out for the best,” Ben Achour continued. “We now, in the current situation, characterized by the development of violence in the Islamic world … can affirm that we are rather on the way of the worst than on the way of the best.”