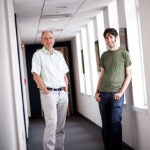 A new study suggests that global budgets for health care, an alternative to the traditional fee-for-service model of reimbursement, can slow the growth of medical spending and improve the quality of care for patients.

Researchers from Harvard Medical School’s Department of Health Care Policy have analyzed claims data from Blue Cross Blue Shield of Massachusetts’ Alternative Quality Contract (AQC), a global budget program in which 11 health care provider organizations were given a budget to care for patients who use Blue Cross Blue Shield of Massachusetts insurance. Such a model contrasts with widely used fee-for-service systems, where providers are reimbursed for each medical service they deliver.

The AQC predates, but is similar to, the Pioneer Accountable Care Organization contracts that Medicare began this year through the Affordable Care Act, an initiative in which Medicare will reward groups of providers based on improved outcomes and lower health care spending.

The researchers looked at the first two years of data from the AQC and found that the program has, in fact, succeeded in lowering total medical spending while simultaneously improving quality of care.

On average, groups in the AQC spent 3.3 percent less than fee-for-service groups in the second year, the study showed. Provider groups that entered AQC from a traditional fee-for-service contract model achieved even greater spending reductions of 9.9 percent in year two, up from 6.3 percent in the first year. Compared with those groups, groups that entered from contracts that were already similar to the AQC achieved fewer savings in both years. The researchers also found that the improvements in quality of chronic care management, adult preventive care, and pediatric care associated with the AQC grew in the second year.

“Moving away from fee-for-service models is high on the agenda of those looking to establish a fiscally sustainable, efficient health care system,” said Michael Chernew, professor of health care policy at Harvard Medical School (HMS) and senior author on the study. “It is likely that this type of new payment model will grow rapidly in coming years in the nation as a whole, and particularly in Massachusetts. By analyzing this program, we’re studying the future before it gets here.”

“Both challenges and opportunities lie ahead,” said Zirui Song, a student at HMS, a recent graduate of the Harvard Ph.D. program in health policy, and the lead author on the study. “With global budgets, provider organizations must divide not only dollars, but authority and autonomy among member physicians and hospitals. While this transition is likely challenging, it represents a real opportunity to align incentives to coordinate care and keep patients healthy. The AQC teaches us that a successful start is possible, and that supportive payer-provider partnerships are critical.”

These findings were published July 11 in the journal Health Affairs.

In 2009, when Blue Cross Blue Shield of Massachusetts launched the ACQ, seven groups entered the program, followed by four more in 2010. In addition to the global budget, participating groups were also eligible for bonuses if they met certain quality or financial targets. Conversely, groups took on financial risk for any spending over the budget.

Last year, Song, Chernew, and colleagues analyzed data from the program’s first year and published the findings in the New England Journal of Medicine.

While the first-year analysis also demonstrated reduced spending with increased quality of care, the numbers were even more striking for the second year. Overall savings in year one were 1.9 percent, as opposed to 3.3 percent as noted in year two.

For both years, reduced spending was attributed largely to physicians referring patients to lower-cost facilities. For the second year, lower utilization of medical services among some groups also contributed to the savings.

Quality of care improvements were also greater in the second year than in the first.

Chernew, however, does not consider this a weakness of the program.

“The intent of the AQC was to achieve savings over the five-year duration of the contract,” said Chernew. “It was not designed to reduce BCBSMA spending in the first two years. Yet success in the long run requires a change in the culture of medicine in Massachusetts. This study shows that the culture can and will change. For example, in the second year of the AQC, we found both changes in utilization and referral patterns, which suggest physicians are beginning to think and act differently. This study suggests that the delivery system is on a trajectory to be successful, and ultimately it’s the trajectory that matters. Continued transformation of delivery systems is crucial, and we have to continue to monitor the impact of these cutting-edge payment systems. One way or another, providers need to learn to live in a more fiscally constrained environment.”

“Historically, physicians have felt that when money gets tight, the cavalry — in the form of more money — will arrive. We’ve reached the point where it’s unlikely there will be any cavalry,” Chernew added.

“These results are vitally important,” said David Cutler, Otto Eckstein Professor of Applied Economics at Harvard University. “We have known there were better organizations — high quality and low cost — and worse organizations. But we haven’t known how to help organizations get better. These results show us a key path to quality improvement and cost reduction.”

This research was funded by The Commonwealth Fund, the National Institute on Aging, and the Charles H. Hood Foundation.