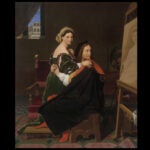 ‘Skyboxification’ of American life at issue in Sandel’s latest book

Looking for a not-so-light summer read? In July and August, the Gazette will showcase recent books by Harvard authors.

Everything is for sale: It’s a refrain we hear time and again, the lament of anti-consumerist free spirits and the taunt of crusading capitalists.

It’s also increasingly true. From the right to pollute to a spot at the front of an amusement-park line, or even advertising space in jails and public schools, nearly every aspect of everyday life now comes with a price tag.

“These days there are fewer and fewer things that money can’t buy,” says Michael Sandel, Anne T. and Robert M. Bass Professor of Government in the Faculty of Arts and Sciences. What Sandel asks of readers of his new book, “What Money Can’t Buy: The Moral Limits of Markets,” is a fuller examination of the consequences.

The issue is nothing if not timely. Nearly four years after the financial crash that set off a global economic downturn, Americans have largely avoided a serious public discussion about the rules and the ethics of our free-market society, Sandel argues.

“When the financial crisis hit, there was a widespread sense that markets and morals had somehow become detached,” he says. “The striking feature of the aftermath of the financial crisis is that it has not brought a fundamental rethinking of the role of markets in our society.”

Like “Justice” — Sandel’s best-seller based on his enormously popular Harvard course of the same name — his latest book aims to make heady philosophical debate accessible to a broad audience.

Using examples both mundane and extreme, he asks readers to consider the often-blurry line between a harmless transaction and one that undermines professed values. For instance, many Americans wouldn’t balk at the idea of ticket scalping for New York’s Shakespeare in the Park series, where line-standers will camp out to obtain free tickets they can sell for a hefty profit. But what about allowing lobbyists on Capitol Hill to hire professional line-standers, to ensure their access to lawmakers? Should free public theater be put up for sale, but not a chance to influence the workings of government?

Then there are more abstract forms of line-jumping, like concierge medicine, a system where patients pay out of pocket for immediate access to an on-call physician, while the rest of us wait for appointments at the convenience of our doctors’ overbooked schedule. Are there ever situations where the wealthy shouldn’t be allowed the opportunity to jump ahead?

Sandel poses such questions not to vilify the rich, but to prompt his readers to examine how they feel about a world where the rich and the poor live separate lives.

“In a society where everything is for sale, life is harder for those of modest means,” he writes. “The more money can buy, the more affluence (or the lack of it) matters.”

He calls it the “skyboxification” of American life. “We live and work and shop and play in different places. Our children go to different schools,” he writes. “It’s not good for democracy, nor is it a satisfying way to live.”

Today, we have fewer and fewer civic spaces where citizens from different walks of life encounter one another, an “example of the way market values can crowd out moral and civic values,” Sandel says. “Market incentives sometimes work, but they can also undermine social cooperation.”

In an era of extreme market faith, he says, many economists have developed “imperial ambitions to explain all human behavior,” from questions of personal choice — whether to get married, how many children to have — all the way up to how to educate children, allocate health care, or protect the environment.

“Many [economists] assume that economic explanations are self-sufficient as social science and don’t presuppose any particular moral or ethical assumptions.” One goal of the book, Sandel adds, is to suggest that “we need to reconnect economics with its roots in moral and political philosophy.”

Still, Sandel isn’t exactly a crusading outsider with an ax to grind. In fact, he had planned to study economics as a Rhodes scholar at Oxford in the 1970s.

“I was intrigued by the idea that here was a clear, rigorous scientific way of understanding human society,” he says. “There’s something intoxicating about that promise.”

But as he delved deeper into moral and political philosophy, he began to feel there were many questions of social life and choice that couldn’t be answered by the purely rational models of his chosen field. “The more I studied, the more I realized that economics was not and could not be the value-neutral discipline or science that many economists understand it to be,” he says.

His interest in the ethical dimensions of economics remained. Although the book was in part prompted by the financial crisis, Sandel says, he had been working on the idea — and “collecting massive piles of interesting examples” — for 15 years. After refining the book’s concepts in Harvard classrooms for more than a decade, Sandel is spending much of the summer on a four-continent book tour, addressing free-market societies both old (an overflow crowd at St. Paul’s Cathedral in London) and new (his outdoor appearance before an audience of 14,000 in Seoul looked more like a rock concert than a lecture).

“I think there is a great hunger in market societies throughout the world for serious public debate about these questions,” he says.

To hear Sandel read from the audiobook of “What Money Can’t Buy” (Macmillan Audio), click here.