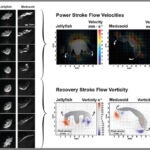 Artificial jellyfish swims in a heartbeat

Exposure therapy for irrational fear of spiders seems to be more effective if it is followed by sleep, according to a recent study in the Journal of Psychiatric Research. The results have implications for treatment of phobias, social anxiety, and post-traumatic stress disorder. Psychotherapy for fear, the research suggests, should be coupled with healthy sleep. Our brains seem to use sleep, perhaps REM sleep specifically, to lay down new emotional memories.

Sixty-six young women took part in the study of arachnophobia and sleep. The research, led by Edward Pace-Schott, clinical instructor in psychology at Harvard Medical School (HMS), in collaboration with Rebecca M.C. Spencer at the University of Massachusetts, Amherst, focused on sleep’s role in reducing fear of spiders in undergraduate women.

The goal was to see how “fear extinction” is affected by sleep, wakefulness, and time of day. Fear extinction is an active process of building a new emotional memory; in this case, a memory of spiders not associated with danger or harm.

The 66 women were divided into four groups: sleep, wake, morning, evening. Each group watched a YouTube video of a spider — a minute long, 14 times. Such “exposure therapy” is a standard treatment for irrational fears, designed to train the phobic patient not to startle at spiders. The “morning” and “evening” groups were controls to rule out the possibility that time of day, rather than sleep, has a role in fear: These groups watched the spider videos two hours apart in either the morning or evening, while the wake and sleep groups watched them 12 hours apart, after a day awake or a night of sleep.

Randomly, in 60 percent of the viewings, a loud noise would go off. The researchers measured startle response to the noise, using a sensor on the hand that measures palm-sweat. After a delay — 12 hours or two depending on the group — the women watched more spider videos: six of the same spider from before, six of a new one. The researchers again measured the women’s fear, of both the old and new spider, to see how sleep affected fear.

Sleep helped to mellow the women’s fears, Pace-Schott and his colleagues found, by strengthening the memory formed during exposure therapy.

Hand-sweat response to the video and the spider’s rating in terms of “fearfulness, disgust, and unpleasantness” were low among women who got 12 hours of overnight sleep — as they had been at the end of the exposure therapy session. Staying awake for 12 hours had the opposite effect: The twenty-three women who stayed awake for a full day after watching the spider videos had a strong hand-sweat response to the old spider when they saw it again at the end of the day as well as a return of strong ratings of “fearfulness, disgust, and unpleasantness.” Sleep also protected the women against fear of a new spider: The “awake” group found a new spider even more frightening than the spider they saw before, while the sleepers did not.

The sleep-dependent learning process had physiological effects: Not only did the sleepers say they felt less fearful, but their heart rates and skin-conductance changed.

When asked what stage of sleep might be involved in learning fear extinction, Pace-Schott pointed to recent research on REM, the phase when most dreaming occurs. (REM is rapid eye movement sleep, named for the twitching of the eyes that occurs during dreaming.) In REM, a network of emotional brain regions is activated. These regions overlap the regions disrupted in anxiety disorders. This suggests, Pace-Schott says, that REM may be reprocessing emotional memory. Previous research has shown that when people are deprived of REM sleep, they are unable to form fear extinction memories after therapy.

“REM may be the stage of sleep during which extinction memory is stabilized and strengthened,” Pace-Schott said.

The timing of sleep relative to psychotherapy is of interest because there may be only certain “windows of time” when sleep can strengthen extinction memory.

“If extinction memory is strengthened by sleep,” he said, “then we want exposure therapy to happen close to bedtime.” The one downside of this approach, Pace-Schott acknowledges, is that we know people are more reactive to fear in the evening. If people are more frightened before bed, then exposure therapy may give them insomnia. So a better strategy may be to have people take a nap after therapy. The key point, Pace-Schott says, is that “sleep … be good quality — including both REM and slow-wave sleep.”