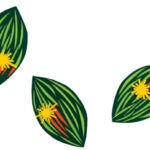 Every April hundreds of Harvard students present final projects in front of critical viewers. But this semester only one presentation involved an audience that was — for the most part — heavily armed.

Making that presentation were 11 undergraduates, all juniors — students in one section of ES 96/CS 96, a one-semester course that challenges undergraduates at the Harvard School of Engineering and Applied Sciences (SEAS) with real-world problems. For the past four months the section has immersed itself in the real world of crime analysis in Springfield, Mass.

According to federal data, Springfield’s 2010 crime rates made it the 12th most violent city in the nation. The city recorded 1,354 violent crimes per 100,000 residents that year; the national average is 404.

The students were tasked with finding a way to measure the effectiveness of the Counter Criminal Continuum (C3), used to track and counter gang violence. “It’s a policing strategy based on a demilitarized version of COIN,” or counterinsurgency techniques used overseas, said Kevin Kit Parker, a multitour veteran of Afghanistan and Harvard’s Tarr Family Professor of Bioengineering and Applied Physics. (He is now an Army Reserve major posted to the U.S. Military Academy at West Point, and was one of the ES 96/CS 96 course leads.)

For the past two and a half years, C3 has been administered by the State Police in collaboration with the Springfield Police Department. State officers needed a metric to find out how well the program was working. And they needed a searchable, easy-to-use database to help synthesize data and analyze police intelligence.

So they asked Parker for technical help — a computer program “to do intelligence analysis,” he said, “using social networking analysis and database linkages.”

The Harvard students in the ES 96/CS 96 section called “Counter Gang Mobile Application” presented their capstone project April 30 in Maxwell-Dworkin. In the audience were Springfield residents, academics, counterinsurgency specialists, and — predominantly — officers from Springfield and the State Police.

It was the first of three final presentations for the three-section course. Later the same day, a second group offered ways to map sustainability practices at Harvard University Hospitality and Dining Services. A third, presenting on May 1, proposed a system to improve access to Harvard libraries’ special collections of manuscripts, artifacts, photographs, and the like.

Be it manuscripts, food, or gangs, the ES 96/CS 96 challenge is the same: Identify a real problem, develop a hypothesis, design a solution, gather data, and arrive at conclusions and recommendations.

But crime analysis is not the usual fare in a class that for decades has investigated — among other things — energy efficiency in Harvard buildings.

In fact, Riju Agrawal ’13 — a member of the gang violence project — was skeptical at first about applying engineering skills to crime analysis. Then he grasped the utility of using science and technology in the social sphere. “Engineering,” he said, “applies to more than bridges and roads.”

Using counterinsurgency techniques to fight gang violence in Springfield started in 2009 with two state troopers, Michael Cutone and Thomas Sarrouf. They connected the dots between insurgents and gang members while training Iraqi police during a deployment with the U.S. Army.

They also happened to work in the same Rhode Island-based National Guard unit — Special Operations Detachment, Global — as Parker, the author of an Army white paper on ways to use science and technology in counterinsurgency. Urban gangs, he said, are “a model for insurgents” and could be fought the same way. (Parker even did some early fieldwork, hanging out at gang hotspots in Salinas, Calif.)

A year ago, Parker realized that C3 could use some technical support. “I wanted a lab for developing tools,” said Parker — some way to make crime analysis more of a science than an art. Hence: the special section of ES 96/CS 96.

Eager to find a metric for measuring the efficacy of C3, the students settled on eight basic measurements of community viability: health, economy, education, politics, housing, crime, community, and perception. Two or three days a week they visited Springfield’s North End, a section of 10,500 residents known for its high crime rates. “I left my wallet at home,” said Yasha Iravantchi ’13 of his first Saturday walk-through. “And I’m from L.A.”

But he was pleasantly surprised by the North End’s milder reality. So was Ryan Hellar ’13, who helped interview more than a hundred North End residents. “Not one,” he offered, “said crime had increased.”

He talked to a firefighter who for years had watched the streets from behind a bulletproof window. For all the fights and crimes you could watch, “we called it the television,” said the firefighter of the window — but the best-kept secret in Springfield today? “The North End isn’t that dangerous.”

“We’re very good at reporting crime,” said Sgt. John Delaney, a 30-year Springfield officer who watched the student presentation this week. “Maybe to our detriment.” But the veteran street cop — who has made more than 5,000 career arrests — was glad to see that the Harvard undergraduates saw what he sees: hope.

“Ten years ago it was the Wild West,” Delaney said of the North End. Today, the streets are cleaner, residents see less crime, and gangs are losing their hold.

It took a long semester of effort for the Harvard students to arrive at the hope Delaney feels. For 75 days over the semester they put in 250 hours a week. They walked the streets, knocked on doors, combed data troves, attended more than 50 meetings, interviewed more than a hundred residents, and collected 20 million data points.

More study is needed over more time to accurately assess how well C3 is doing.  Meanwhile though, Springfield’s North End seems to have improved since the fall of 2009. There are fewer gunshot wounds and stabbings. Safer alternatives for walking to school are in place. Truancy rates and test scores show mixed results, but in-school incidents have decreased. There is less litter and graffiti. Property values are hard to measure where there is so little real estate, but could rise after $10 million in improvements since 2009.

Arrests are up 20 percent, which Parker sees in a positive light: More residents are calling in more complaints. Voter registration in the North End is up too — but funding is down for after-school programs, a demonstrable way to reduce youth crime.

And perception? Students gathered not just numbers, but impressions, captured in parts of their final report, called “What We’re Hearing.” They learned that residents see a gleam of hope, but that the North End looks better these days to residents than to outsiders. A reputation — hardened when gang violence peaked in 2009 — is hard to shed.

“The best part was working with the people,” said Hellar, who added that Harvard often seems like an isolating sphere of problem sets and constant exams. “Sometimes you forget what’s out there in the real world.”

At the end of the hourlong class presentation, North End activist and businessman Heriberto Flores stood up to compliment the assembled students for their analytical work. “You hit it right on the nail,” he said. “We’d love to have you move to Springfield.”