Echoes of the Titanic 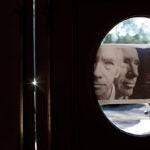 As the world knows, the RMS Titanic — a sparkling, gigantic ship on its maiden voyage — sank a century ago this month.

And why does the world know? Because the doomed ocean liner set off waves of interest that to this day lap on the shores of culture.

Ask Harvard historian Steven Biel about those waves, starting with the 100 songs published within a year of the sinking, and the one-reel movie released a month after the ship went down. ( The film was “Saved from the Titanic,” a product of the improbably named Éclair Film Co. of Fort Lee, N.J. It starred Dorothy Gibson, a Titanic survivor.) A second edition of Biel’s study, “Down with the Old Canoe: A Cultural History of the Titanic Disaster” (W.W. Norton), just appeared. “This book,” he wrote in the new afterword, “traces the life of an event of mythic stature.”

The tragic events of the night of April 14-15, 1912, remain so durable a subject that in the new edition Biel repeats an old saying: “The three most written-about subjects of all time are Jesus, the Civil War, and the Titanic disaster.”

At the rudest cultural level, the Titanic gave the world a metaphor that is both ubiquitous and irritating: shuffling those deck chairs. The world’s best-known maritime disaster, wrote Biel, “has become a facile, all-purpose reference point for negligence, incompetence, obliviousness, or futility.”

Equally a cliché is the idea of the Titanic disaster as a bright line between an age of innocence and an age of war, calamity, and collapsing values. However, the sinking ship — with its technical marvels and its class-layered cabins — did amplify “anxieties about modernity” that were already present, wrote Biel, who is executive director of Harvard’s Mahindra Humanities Center.

In the years just before World War I, the United States was a seething cauldron of cultural issues that still simmer: race, gender, immigration, socialist unrest, technology, and the class divide. In this turbulent era of social tension, “the disaster produced a contest over meaning,” wrote Biel. “The symbolic Titanic plunged into some very rough seas.”

In 1912 those rough cultural seas included 64 lynchings, the most violent outward sign of American race conflict. It included the “woman question,” dramatized by a May 4 parade of suffragists in New York that drew 15,000 women. In the spring, members of the Industrial Workers of the World, the “Wobblies,” gathered in San Diego to protest local laws against free assembly. (Their sturdiest Titanic trope would soon compare capitalism to a sinking ship.) In Congress, lawmakers debated new laws designed to restrict immigration from Eastern Europe and the Mediterranean. In all, said Biel, the America of the Titanic moment was no Eden.

On the same day those thousands of suffragists gathered in New York, a funeral was held for John Jacob Astor IV, the richest man to die when the ship sank. He was part of the first myth of the Titanic disaster, what Biel called “first-cabin male heroism.”

This “Titanic gender myth” was predicated on a traditional opposition: Needy women were on one side; strong, chivalric men were on the other, and they needed each other to stay just that way.

The myth of the Titanic’s savior-men also defined bravery as a white trait. In defiance of the facts, newspapers of the day printed stories of ethnic cowardice. According to these specious reports, a black man from below decks is shot while stealing a life jacket. Italians and Chinese men rush lifeboats, and are beaten back by white knights like Archibald Butt, a military aide to President William Howard Taft.

Of course, popular culture soon offered up counterpoint stories. One was a 50-verse “toast” — a lengthy oral poem — about “Shine,” a fictional black stoker on the Titanic. The Titanic’s white captain ignores Shine’s early warnings of peril. “Realism and common sense reside in the black laborer,” wrote Biel, “not in the white officer.” Shine is also unlike the white men lingering on Titanic’s promenade deck. A man of action, he jumps in the sea and swims all the way home.

Protofeminists of the era got their own heroine, Denver socialite Margaret “Unsinkable Molly” Brown, whose story goes against the myth of all-male saviors aboard the Titanic. She helped evacuate the ship, boarded lifeboat No. 6 with a .45-caliber Colt strapped to her waist, took over an oar, and argued that the boat return to pick up survivors.

“Titanic,” the movie, was just re-released in 3-D, and there is a television miniseries by the creator of “Downton Abbey.” Perhaps there will always be more. For one thing, said Biel, “There’s a global history of the Titanic waiting to be written.”