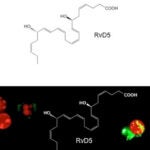 Berries are good for you, that’s no secret. But can strawberries and blueberries actually keep your brain sharp in old age? A new study by Harvard researchers at Brigham and Women’s Hospital (BWH) finds that a high intake of flavonoid-rich berries, such as strawberries and blueberries, over time, can delay memory decline in older women by two and a half years. This study was published today by Annals of Neurology, a journal of the American Neurological Association and Child Neurology Society.

“What makes our study unique is the amount of data we analyzed over such a long period of time. No other berry study has been conducted on such a large scale,” said Elizabeth Devore, a researcher in the Channing Laboratory at BWH, who is the lead author on this study. “Among women who consumed two or more servings of strawberries and blueberries each week we saw a modest reduction in memory decline. This effect appears to be attainable with relatively simple dietary modifications.”

The research team used data from the Nurses’ Health Study — a cohort of 121,700 female, registered nurses between the ages of 30 and 55 — who completed health and lifestyle questionnaires beginning in 1976. Since 1980, participants were surveyed every four years regarding their frequency of food consumption.  Between 1995 and 2001, memory was measured in 16,010 subjects over the age of 70 years, at two-year intervals. Women included in the present study had a mean age of 74 and mean body mass index of 26.

This study, which was independently controlled by the investigators who performed the data analysis, was funded by grants from the National Institutes of Health and the California Strawberry Commission.

“We provide the first epidemiologic evidence that berries appear to slow progression of memory decline in elderly women,” notes Devore, who is an instructor in medicine at Harvard Medical School. “Our findings have significant public health implications as increasing berry intake is a fairly simple dietary modification to reduce memory decline in older adults.”