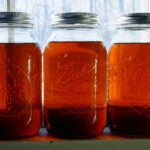 Scientists from Harvard-affiliated Brigham and Women’s Hospital and Dana-Farber Cancer Institute and their colleagues have found a genetic marker that predicts which aggressive “triple-negative” breast cancers and certain ovarian cancers are likely to respond to platinum-based chemotherapies.

The report is being published in the April issue of Cancer Discovery, a journal of the American Association for Cancer Research.

The marker, found on chromosomes within the cancer cells, could lead to a test for identifying patients whose cancers could be effectively treated by a single platinum-based drug, allowing them to “avoid the toxicities of other chemotherapy combinations,” said co-senior author Andrea Richardson, a surgical pathologist at Brigham and Women’s and Dana-Farber and associate professor at Harvard Medical School (HMS).

Many cancer treatments work by damaging DNA within tumor cells, rendering the cells unable to grow and divide. While some cancer cells can repair broken DNA molecules, allowing them to survive drug or radiation therapy, others have lost this repair capacity, making them vulnerable to DNA-damaging agents.

The new marker, Richardson says, flags breast and ovarian cancer cells that can’t repair the type of DNA damage caused by treatment with platinum drugs, including cisplatin and carboplatin. A clinical test for the marker could be particularly valuable in treating triple-negative breast cancers, which are resistant to anti-hormonal therapies and targeted drugs such as Herceptin.

“We currently do not have any targeted therapies for patients with triple-negative breast cancer, so if these laboratory findings are confirmed and an assay is created to predict sensitivity to drugs that target defective DNA repair, it would be a major step forward,” says Richardson, the primary pathologist for the study. However, such an assay isn’t likely to be developed soon, she said.

The new genetic marker was discovered when Richardson and others studied tumor tissue collected from triple-negative breast cancer patients who participated in two clinical trials of platinum drug therapy. Triple-negative tumors develop in approximately 80 percent of women who carry the mutated breast cancer genes BRCA1 and BRCA2. These tumors are characterized by a lack of estrogen, progesterone, and HER2 receptors, making them unresponsive to targeted treatments that block those receptors.

The trials, led by Judy Garber of Dana-Farber and HMS, investigated whether platinum drugs would also be effective in so-called sporadic triple-negative tumors — those that develop in the absence of BRCA1 and BRCA2 genetic mutations. Overall, about 20 percent of breast cancers are triple negative. Some of these cancers respond to standard chemotherapy drugs. Patients whose triple-negative tumors do not go away after chemotherapy have a particularly poor prognosis.

A total of 79 patients in the two trials received cisplatin alone or in combination with bevacizumab (Avastin) to shrink their tumors prior to removing them surgically. In both trials, approximately 40 percent of patients had a complete or near-complete disappearance of the cancer after the cisplatin therapy.

The telltale pattern, or genetic marker, was finding a high number of chromosome regions showing allelic imbalance, meaning that instead of the normal equal distribution of DNA from both parents, the tumor cells had lost one parental copy of the DNA in parts of many chromosomes. This didn’t surprise the researchers: In fact, they expected it, because allelic imbalance is also found in triple-negative breast cancers associated with BRCA 1 and BRCA2 mutations. Specifically, the strongest indicator of defective DNA damage repair was in cancer cells when the regions of allelic imbalance included the tips of the chromosomes, called telomeres.

In the future, the scientists say, allelic instability “may prove useful in predicting response to a variety of therapeutic strategies exploiting defective DNA repair.”

Along with Richardson, co-senior authors of the report are Daniel Silver of Dana-Farber and Zoltan Szallasi of Children’s Hospital Boston. First authors are Nicolai Birkbak and Zhigang Wang of Brigham and Women’s and Dana-Farber. All are Harvard-affiliated hospitals.

The research was supported by grants from the National Cancer Institute and several foundations.