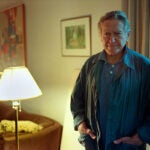 Amartya Sen, one of the world’s most eminent economists and philosophers, has been named one of the recipients of the 2012 Richard E. Neustadt and Thomas C. Schelling Awards. The awards will be presented May 3 during a dinner hosted by Dean David T. Ellwood of Harvard Kennedy School. The other recipient is William “Bill” Drayton, founder and CEO of Ashoka: Innovators for the Public, who will receive the Richard E. Neustadt Award.

Sen, the Thomas W. Lamont University Professor at Harvard, will be presented with the Thomas C. Schelling Award, bestowed annually to an individual whose remarkable intellectual work has had a transformative impact on public policy. Past recipients include Judge Richard Posner (2005), Daniel Kahneman (2006), Jagdish Bhagwati (2007), Howard Raiffa (2008), Harold Varmus (2009), and Esther Duflo (2011).

Each recipient will be awarded a $25,000 prize to support his research.

To read the full release, visit the HKS website.