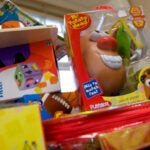 For decades, scientists have understood that there is a genetic component to intelligence, but a new Harvard study has found both that most of the genes thought to be linked to the trait are probably not in fact related to it, and identifying intelligence’s specific genetic roots may still be a long way off.

Led by David I. Laibson ’88, the Robert I. Goldman Professor of Economics, and Christopher F. Chabris ’88, Ph.D. ’99, assistant professor of psychology at Union College in Schenectady, N.Y., a team of researchers examined a dozen genes using large data sets that included both intelligence testing and genetic data. As reported in a forthcoming article in the journal Psychological Science, they found that in nearly every case, the hypothesized genetic pathway failed to replicate. In other words, intelligence could not be linked to the specific genes that were tested.

To get at the question of how genes influence intelligence, researchers first needed data, and plenty of it.

Though it had long been understood, based on studies of twins, that intelligence was a heritable trait, it wasn’t until relatively recently that the technology emerged to allow scientists to directly probe DNA in a search for genes that affected intelligence.

The problem, Chabris said, was that early technology for assaying genes was very expensive, meaning that such studies were typically limited to, at most, several hundred subjects, who would take IQ tests and provide DNA samples for testing.

As part of their study, Chabris and his colleagues relied on several pre-existing data sets — a massive study of Wisconsin high school graduates that began in the 1950s, the Framingham Heart Study, and an ongoing survey of all twins born in Sweden — to expand that subject pool from a few hundred to many thousands.

“What we want to emphasize is that we are not saying the people who did earlier research in this area were foolish or wrong,” Chabris said. “They were using the best technology they had available. At the time it was believed that individual genes would have a much larger effect  — they were expecting to find genes that might each account for several IQ points.”

To identify genes that might play a role in intelligence, previous researchers used the “candidate gene approach,” which requires identifying a gene that is already linked with a known biological function — such as Alzheimer’s disease or the production of a specific neurotransmitter. If people who scored high on intelligence tests shared a particular variant of that gene, it was believed, that demonstrated the gene’s role in intelligence.

“These were reasonable hypotheses,” said study co-author Daniel J. Benjamin ’99, Ph.D. ’06, assistant professor of economics at Cornell University. “But in retrospect, either the findings were false positives or the effects of the genes are much, much smaller than anyone had anticipated.”

Chabris, however, emphasized that the results don’t point to the idea that the dozen genes examined in the study play no role in intelligence, but rather suggest that intelligence may be tied to many genes and the ways in which they interact.

“As is the case with other traits, like height, there are probably thousands of genes and their variants that are associated with intelligence,” he said. “And there may be other genetic effects beyond the single gene effects – there could be interactions between genes, there could be interactions between genes and the environment. What our results show is that the way researchers have been looking for genes that may be related to intelligence — the candidate gene method — is fairly likely to result in false positives, so other methods should be used.”