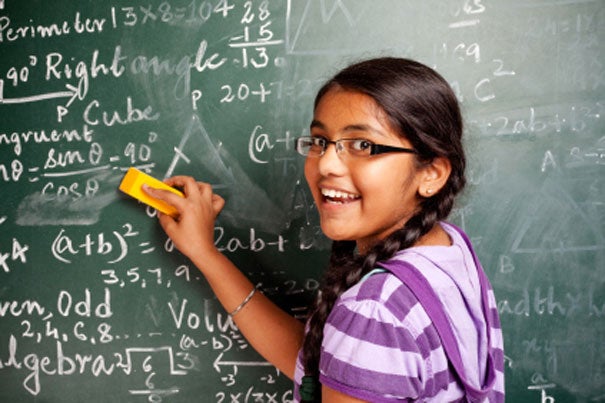 When three women, including Liberian President Ellen Johnson Sirleaf, an alumna of Harvard Kennedy School (HKS), received the Nobel Peace Prize in October, it was more than just a testament to their work. The prize was also a clear signal to the many unheralded women around the world that their peace building efforts were not only noble but necessary.

Several such women from across Africa and the Middle East gathered at the John F. Kennedy Jr. Forum Wednesday to share their stories and convey a similar message. “Why Women Won the Nobel Prize,” hosted by the Institute of Politics, the Center for Public Leadership, the Carr Center for Human Rights Policy, and the Women and Public Policy Program at HKS, testified to the influence of women in peace efforts around the world.

The Nobel was just another example of the ways women leaders, both at the highest reaches of government and at the ground level, are “changing the whole security paradigm,” said moderator Swanee Hunt, Eleanor Roosevelt Lecturer in Public Policy. “Right now, security, in most people’s minds, means bombs and bullets.”

Increasingly, however, leaders recognize a need for women’s participation throughout the entire peace process, from street-level protests to formal negotiations. President Obama, for example, recently signed an executive order on women, peace, and security that he hopes will provide “a comprehensive road map” to increasing female participation in peace building, Hunt noted.

Women bring “soft skills” to the negotiation table, said Orit Adato, a retired lieutenant general in the Israeli Defense Forces and former commissioner of the Israeli Prison Service. Those traits — “the ability to see the whole picture but at the same time to identify and give your attention to the details,” to contain situations and deal with them, and to balance priorities — are crucial to the peace process.

Samira Hamidi, director of the 5,000-member Afghan Women’s Network, noted that women, so often denied a role in peacemaking, are likely to show steadfast commitment to the process if given the chance — if only to prove to themselves and their families that their presence at the table is worthwhile.

In the summer of 2010, she recalled, at Afghanistan’s national peace jirga, three rockets hit just outside the tent where she and other delegates had gathered for an address by President Hamid Karzai. While many male delegates left to ensure their safety, the women remained on principle.

“Peace is too important,” Hamidi said. “It is dangerous, but we are proud of what we’re doing.”

Mossarat Qadeem, a Pakistani activist, discussed her work rehabilitating young men formerly of the Taliban and other radical militias. The work often involves getting the boys’ mothers to trust her to intervene.

“Those boys would dare not come to a woman like me,” she said. “The most difficult part is reintegration into their communities.”

In the world’s newest country, South Sudan, which gained its independence from Sudan in July after nearly 20 years of conflict, women leaders are hoping to turn “years of fear into opportunity and stability,” said Rebecca Joshua Okwaci, founder of Sudanese Women Empowerment for Peace. Women recognize the importance of building up civil society and individual rights to create long-lasting peace, she said.

Her years as a “freedom fighter” for South Sudan’s independence confer not power but a great responsibility to her fellow citizens, said Okwaci, who is now deputy minister for general education and instruction. The new government must repay the sacrifices the South Sudanese made for so many years to support the war.

The evening, which ended with a call-and-response performance of a traditional Arabic song and impromptu dancing led by Okwaci, seemed to inspire those in attendance.

Those who follow conflict for a living “flirt a lot with cynicism, and I didn’t hear a note of that tonight,” said Jina Moore, a human rights journalist, during the question-and-answer session. “Which reminds me that cynicism is a luxury for people who think about conflict and not for people who are forced into living with it. For me that was very powerful.”

Women activists from conflict regions have been coming to Cambridge since 1999 as part of an annual conference supported by the Institute for Inclusive Security, a program of Hunt’s family foundation, Hunt Alternatives Fund.