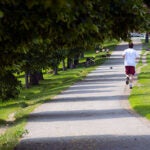 Research collaboration between the Wyss Institute for Biologically Inspired Engineering at Harvard University and Children’s Hospital Boston has developed “smart” injectable nanotherapeutics that can be programmed to selectively deliver drugs to the cells of the pancreas. Although significant testing and development is necessary before this nanotechnology will be ready for clinical use, it could potentially improve treatment for type 1 diabetes by increasing therapeutic efficacy and reducing side effects.

The approach was found to increase drug efficacy by 200-fold in in vitro studies based on the ability of these nanomaterials to both protect the drug from degradation and concentrate it at key target sites, such as regions of the pancreas that contain the insulin-producing cells. The dramatic increase in efficacy also means that much smaller amounts of drugs would be needed for treatment, opening the possibility of significantly reduced toxic side effects, as well as lower treatment costs.

“The consequences of type 1 diabetes are felt [both in] the people who live with the disease and in the terrible strain that treatment costs put on the economy,” said Ingber.  “In keeping with our vision at the Wyss Institute, we hope that the programmable nanotherapy we have developed here will have a major positive impact on people’s lives in the future.”

Type 1 diabetes, which often strikes children and young adults, is a debilitating disease in which the body’s immune system progressively destroys the cells in the pancreas that produce insulin. According to the Juvenile Diabetes Research Foundation, as many as 3 million Americans have the disease and some 30,000 new cases are diagnosed every year.

The risk of developing type 1 diabetes, which can lead to serious health complications such as kidney failure and blindness, can be predicted with 90 percent accuracy. But therapeutic intervention for people identified as high risk has been limited because many systemic treatments are barred from clinical use due to the severe side effects they produce when used at the high doses required to achieve a therapeutic response.

Using nanoparticles that can be programmed to deliver drug or stem cell therapies to specific disease sites is an excellent alternative to systemic treatments because improved responses can be obtained with significantly lower therapeutic doses and hence, fewer side effects.  To date, such nanotherapeutics have been developed primarily to treat cancer, because they can home in on the tumor via its leaky blood vessels. The challenge has been to develop ways to selectively deliver drugs to treat other diseases in which the tissues of interest are not as easily targeted. The research team addressed this problem by using a unique homing peptide molecule to create “smart” nanoparticles that can seek out and bind to the capillary blood vessels in the islets of the pancreas that feed the insulin-producing cells most at risk during disease onset.

The research was supported by the Wyss Institute and a SysCODE (Systems-Based Consortium for Organ Design and Engineering) grant from the National Institutes of Health that supports a group of seven clinical and academic institutions working to develop new ways to induce regeneration of organs, including the pancreas.