A key to modernity 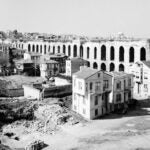 Snapshots of the past

Poggio Bracciolini had a passion for books. And not just books, but old books, ones that were copies of even more ancient manuscripts written nearly 1,000 years before he was born. Rummaging through worm-eaten layers of parchment at a monastery in southern Germany in 1417, the scribe and former Vatican secretary discovered a copy of a poem titled “De Rerum Natura,” or “On the Nature of Things,” by the Roman philosopher Titus Lucretius Carus. On that day, according to Professor Stephen Greenblatt, history swerved.

“Much of what we understand of modernity made its way back into the world from an older world, thanks to the efforts of Poggio Bracciolini,” Greenblatt, the John Cogan University Professor of the Humanities, told a group of nearly 50 rapt Harvard undergraduates in Sever Hall on Wednesday. “On the Nature of Things” was “an ancient work of philosophy, in magnificent poetry, but it is a work of physics at its core.”

Greenblatt’s most recent book, “The Swerve: How the World Became Modern,” centers on Bracciolini’s discovery and was the topic of the third in a series of book talks given by Harvard faculty and alumni throughout the Wintersession programming period. The talks were designed primarily for undergraduates, but were open to all members of the University community.

Greenblatt said the discovery of Lucretius’ work was hardly noticed at first, sort of like an earthquake at the bottom of the ocean. But the poem’s ideas gathered strength over the decades and eventually landed like a tidal wave in the medieval intellectual world. Why was the book so important? To begin with, “On the Nature of Things” anticipated modern understandings of the physical universe.

“It argues that the universe consists of atoms, void, and nothing else,” Greenblatt explained. “The atoms are eternal and always moving. Everything comes into existence simply because of the random movement of atoms, which, given enough time, will form and reform, constantly experimenting with different configurations of matter from which will eventually emerge everything we know, and into which everything we know will collapse.”

Not only did Lucretius anticipate the basis of modern physics, Greenblatt said, but also Darwin’s theory of evolution.

“Lucretius believed that nature ceaselessly experiments,” he said. “The experiments throw out lots of weird things: mutations, creatures not fitted for survival or reproduction. But when a certain species of creature emerges that is able to find food for itself more successfully and is able to reproduce successfully, that species will survive.”

The most explosive — and perhaps most modern — idea forwarded in “On the Nature of Things” is that humanity is not at the center of the universe, either physically or spiritually. A disciple of the Greek philosopher Epicurus, Lucretius believed that religions were cruel delusions, and that the aim of life should be not sacrifice, but the reduction of suffering.

Lucretius argued that “the universe wasn’t created for human beings,” said Greenblatt. “Humans are not unique. The Earth is not the center of the universe. There are an infinite number of worlds. The soul is a material thing, just like the body. Therefore, there’s no afterlife, and no judgment, rewards, or punishments. The moral order that we have exists simply because we need to organize societies as cooperative beings. And the highest goal in life would have to be not pain or piety but pleasure, which all creatures seek.”

Lucretius’s ideas were heresy in the Middle Ages. But, wrapped in gorgeous poetry, they made their way through time to shape how we think and understand the world today. Still, Greenblatt pointed out that Western culture still struggles with the concepts that the Roman poet set forth 2,000 years ago.

“The reason that no American politician can run on [Epicureanism] is that most people don’t want to believe it,” he said. “It’s not gratifying to believe it. It doesn’t feel liberating for most people to believe that we’re in a material universe of atoms and emptiness and nothing else.”

After the talk, Sarah Siskind ’14 said that the story of Bracciolini and Lucretius got her thinking about the meaning of modernity and antiquity.

“The whole concept of modernity is interesting,” she said. “He’s talking about ideas from antiquity as modern ideas, so why don’t we just call them modern? I took a class on modern political philosophy that got me interested in these questions. Now I’m excited to read the book. I had never heard of Poggio Bracciolini, but I’ll definitely be talking about him now.”