How to teach students about truth 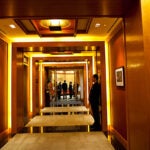 A spotlight on China

When Howard Gardner’s book “The Disciplined Mind: Beyond Facts and Standardized Tests, the K-12 Education that Every Child Deserves” was published in 2000, social networking services like Facebook and Twitter and the online resource Wikipedia were still off on the information superhighway’s horizon.

Since then, the Harvard professor and developmental psychologist has experienced the digital revolution himself and has spent time talking with and observing his children, as well as his students who are products of the hyper-connected age. As a result, Gardner said he realized he needed to revisit his original work, which argued for a kindergarten to 12th grade education that teaches students to understand the values of truth, beauty, and goodness.

So his latest book is called “Truth, Beauty, and Goodness Reframed.” He discussed the new work on Thursday at the Harvard Graduate School of Education (HGSE). Tailoring his talk to the educators in the crowd, he explored how teachers can approach the three principles in an age when information overload and postmodern cynicism threaten good judgment and reason.

Gardner, who popularized the concept of multiple intelligences in learning with his previous work, said he cast the digital world as a villain in his new book because it challenges truth with its ever-changing information, tests the idea of beauty with programs like Photoshop, and confronts goodness with issues of ownership, authorship, copyright, privacy, identity, and trust. Postmodern and relative perspectives are also villains in his new work, he said, because they question the notion of who decides what is good and true, and they argue that “beauty is a thing of the past.”

But there is hope for these qualities yet, said the HGSE’s John H. and Elisabeth A. Hobbs Professor of Cognition and Education. By exploring how people reach conclusions, whether in the academic disciplines like science or history, or in the workplace, he said, one can get at the truth of a matter.

“What we really need to convey to students of any age is methods used in each discipline.”

He compared a reporter at the Financial Times, who is subject to rigorous controls and fact checking, to a blogger who can “say what he or she thinks” without any obligation toward research or reporting standards.

“More and more education needs to focus on the methods that people use in order to make the assertions that they do,” Gardner said.

The good news, he said, is that with the onrush of cyber information, “The chances of figuring out what’s true now are greater than any time in human history, if you are willing to spend the time to do it.”

For Gardner, the notion of beauty involves three important traits. While the quality can appear in many forms, like a work of art, a conversation, a trip, or a meal, something truly beautiful must grab your attention, it must be memorable, and it must be worth revisiting.

To nourish this notion of beauty, educators should encourage students to develop their own “portfolios,” he said, whether physical, virtual, or “in our heads,” that are made up of personal beautiful experiences and images. But, he cautioned, “What we like should not be completely unjustifiable … we have to be able to show that what we value is different from what we don’t value.”

According to Gardner, the principle of goodness can be broken down into the categories of “neighborly morality” and “the ethics of roles.” Neighborly morality “is about how we deal with people we see every day,” he said, embodied in the Ten Commandments and the Golden Rule.

His concept of the “ethics of roles” is more nuanced and involves “how we relate to people in a modern, complex, highly differentiated, division-of-labor kind of society.”

Unlike neighborly morality, which addresses the purely personal realm, he said the ethics of roles can be applied to good work and good citizenship. Good work, which he deemed technically excellent, personally engaging, and carried out in an ethical manner, also characterizes good citizenship.

Gardner tries to help young people develop “ethical muscles” by getting them to engage with examples of real ethical dilemmas and the means of working through them.

For educators, he suggested creating a “commons,” a place where students, teachers, and staff members can write about the ethical problems they’ve encountered and how they have tried to deal with them.

“Having people talk openly about the dilemmas they face and how they deal with them,” he said, “has potential.”