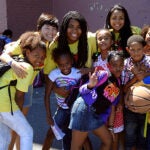 European debt problems have ripple effects far beyond the continent and are really concerns affecting modern industrial societies that cannot afford all that their citizens want, a Harvard authority on Europe said Monday.

“The crisis that we face today in Europe is not a European crisis alone. It’s a crisis of modern industrial society, it’s a crisis of capitalism, and it has every likelihood of becoming a crisis of democracy,” said Guido Goldman, co-founder of Harvard’s Minda de Gunzburg Center for European Studies (CES) and director of German studies.

“Modern industrial society is too expensive for people to want to pay for. Therefore, all governments — including the U.S. government, the Japanese government — instead of taxing to pay as you go, borrow. And of course when you get to a certain point, you can’t borrow anymore,” Goldman said.

“We are at a turning point of Europe’s history, possibly of the world economy, and definitely of Germany’s role in Europe.” — Karl Kaiser

He spoke at a meeting of the Study Group on the European Union, whose session focused on the European debt crisis and Germany’s part in solving it. That role is so central, according to Study Group organizer Karl Kaiser, that some analysts believe that, for the third time in a century, the future of Europe lies in Germany’s hands.

“We are at a turning point of Europe’s history, possibly of the world economy, and definitely of Germany’s role in Europe,” said Kaiser, adjunct professor of public policy and director of the Weatherhead Center for International Affairs’ Program on Transatlantic Relations. “We see a reference appearing in the public discourse that this is the third time that Germany has and can influence Europe’s fate — disastrously twice in the last century, and with an uncertain outcome in this century.”

In recent months, the world has watched as the European debt crisis hit first Greece and then Italy. On Monday, the bond rating agency Standard & Poors warned that credit rating downgrades are possible for 15 European countries, which are linked through a common currency, the euro. Credit downgrades would raise the cost of borrowing for those nations, which include France and Germany. If those costs reach high enough, they can make it difficult for nations to make debt payments.

Germany, with the world’s fourth-largest economy behind the United States, China, and Japan, is seen as the key player in the effort to aid the struggling European economies. Though the German government also has substantial debt, the German people, who have suffered through repeated economic volatility and hardship in the last century, have high savings rates, and the German economy is growing, with unemployment at the lowest levels since World War II.

Germany has been urged to act to help stem the crisis, which threatens to break up the 17-nation bloc of countries that share the euro. Goldman said that in some ways, the roots of the current crisis were laid when the euro was adopted. In order to make the euro palatable for countries to give up their historic currencies, further steps to ensure national budget discipline across the eurozone were bypassed.

German Chancellor Angela Merkel and French President Nicolas Sarkozy have been spearheading negotiations over how to solve the crisis. It appears likely that an amended agreement among nations sharing the euro will include budgetary restrictions that, Goldman said, will create a Europe of nations with similar-looking budgets, rather than some with enormous debt and others with little.

Though German cooperation is key to resolving the crisis, Goldman said Merkel is facing political opposition at home. With their economy humming, Germans are not eager to get sucked into the middle of the issue, Goldman said. A key wrinkle, however, is that though Germans don’t support many initiatives floated to bail out Europe, such as issuing bonds backed by all the euro nations, Merkel’s popularity remains high.

A summit planned for Friday is expected to produce a proposal to resolve the crisis, but Goldman said whatever emerges will likely be a tough sell. Not only will the agreement have to be supported by all 17 nations that share the euro, it may also have to be approved by all the nations of the larger European Union — some of which, such as Great Britain, have retained their own currencies. Then politicians will have to sell the deal to their populations at home. The next 10 days and the responses of the global financial markets are critical, he said, and the next three months promise to be difficult.

Goldman said the changes likely to emerge will fall short of creating a full fiscal union among euro nations, but are ones that have been needed for some time. Though waiting has greatly increased the costs of resolving the crisis, it may be that the crisis was needed for the resolution to be politically palatable.

A problem lurking in the background, Goldman said, is the prospect of European bank insolvency. Several major banks are struggling and may need government help, even though those regimes will have fewer resources once the sovereign debt crisis is resolved. In addition, Goldman said, the underlying conditions that caused the debt in the first place will still be present, but nations will be cutting spending and raising taxes to lower their borrowing.

The bank solvency “issue comes on top of the other issues and could require a lot of capital,” Goldman said.