The ripple of fiscal problems 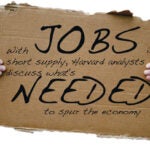 World Bank President Robert Zoellick, M.P.P. ’81, J.D. ’81, spoke at the John F. Kennedy Jr. Forum Tuesday on a range of issues, from the role of his organization to emerging markets to the preservation of wildlife. Zoellick spoke candidly and thoughtfully about many of the challenges facing the world, including the current European financial crisis.

The spillover effects of the eurozone crisis on the stability of the developing world are a big concern, he told the audience at the forum, which is affiliated with the Harvard Kennedy School (HKS). Economic problems in Europe and the United States last August created a shock wave throughout the system. Equity markets in general dropped 20 percent, bond spreads (the interest rate differential between two bonds) started to increase, and currencies took a steep dive.

“What I’m most worried about, and remain worried about, is if the problem in consumer and business confidence in Europe and the U.S. spreads to emerging markets, then the domestic demand of these economies would also wither,” Zoellick said. “And keep in mind that over the past five years, two-thirds of the world’s global growth has come from emerging markets. So it’s not only bad for emerging markets, but it’s bad for the whole international system.”

The eurozone fiscal crisis has also prompted the banking sector to become conservative, affecting the finance trade throughout the developing world, including Africa, Eastern Europe, and the Middle East. The World Bank had created liquidity facilities (arrangements that provide liquidity to buy securities that have been tendered to issuers but can’t be re-marketed immediately) when it had commercial banks to work with, “but now they’re pulling back,” Zoellick said.

“If you’re going to have loss of credit from European banks, that’s going to have an effect. So part of the message here is that while European and eurozone problems have to be dealt with primarily by Europe, we’ve got to be aware of the ripple effects of this,” Zoellick said. “The ripple effects could easily become wave effects.”

Zoellick praised the work of the late Robert McNamara, the secretary of defense and World Bank president for whom the evening’s lecture is named.

“McNamara’s influence on the bank was significant,” said Zoellick, referring particularly to his efforts as bank president in opening up relations with China.

Graham Allison, former HKS dean and current director of the Belfer Center for Science and International Affairs, moderated the event.