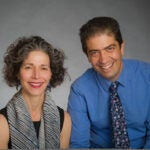 Neuron transplants have repaired brain circuitry and substantially normalized function in mice with a brain disorder, an advance indicating that key areas of the mammalian brain are more reparable than was widely believed.

Repair at the cellular-level of the hypothalamus — a critical and complex region of the brain that regulates phenomena such as hunger, metabolism, body temperature, and basic behaviors such as sex and aggression — indicates the possibility of new therapeutic approaches to even higher-level conditions such as spinal cord injury, autism, epilepsy, ALS  (Lou Gehrig’s disease), Parkinson’s disease, and Huntington’s disease.

“There are only two areas of the brain that are known to normally undergo ongoing large-scale neuronal replacement during adulthood on a cellular level — so-called ‘neurogenesis,’ or the birth of new neurons — the olfactory bulb and the subregion of the hippocampus called the dentate gyrus, with emerging evidence of lower level ongoing neurogenesis in the hypothalamus,” said Jeffrey Macklis, Harvard University professor of stem cell and regenerative biology and HMS professor of neurology at MGH, and one of three corresponding authors on the paper. “The neurons that are added during adulthood in both regions are generally smallish and are thought to act a bit like volume controls over specific signaling.  Here we’ve rewired a high-level system of brain circuitry that does not naturally experience neurogenesis, and this restored substantially normal function.”

The two other senior authors on the paper are Jeffrey Flier, dean of Harvard Medical School, and Matthew Anderson, HMS professor of pathology at BIDMC.

The findings are to appear Nov. 25 in Science.

In 2005, Flier, then the George C. Reisman professor of medicine at BIDMC, published a landmark study, also in Science, showing that an experimental drug spurred the addition of new neurons in the hypothalamus and offered a potential treatment for obesity. But while the finding was striking, the researchers were unsure whether the new cells functioned like natural neurons.

Macklis’ laboratory had for several years developed approaches to successfully transplanting developing neurons into circuitry of the cerebral cortex of mice with neurodegeneration or neuronal injury. In a landmark 2000 Nature study, the researchers demonstrated induction of neurogenesis in the cerebral cortex of adult mice, where it does not normally occur. While these and follow-up experiments appeared to rebuild brain circuitry anatomically, the new neurons’ level of function remained uncertain.

To learn more, Flier, an expert in the biology of obesity, teamed up with Macklis, an expert in central nervous system development and repair, and Anderson, an expert in neuronal circuitries and mouse neurological disease models.

The groups used a mouse model in which the brain lacks the ability to respond to leptin. Flier and his lab have long studied this hormone, which is mediated by the hypothalamus. Deaf to leptin’s signaling, these mice become dangerously overweight.

Prior research had suggested that four main classes of neurons enabled the brain to process leptin signaling. Postdocs Artur Czupryn and Maggie Chen, from Macklis’ and Flier’s labs, respectively, transplanted and studied the cellular development and integration of progenitor cells and very immature neurons from normal embryos into the hypothalamus of the mutant mice using multiple types of cellular and molecular analysis. To place the transplanted cells in exactly the correct and microscopic region of the recipient hypothalamus, they used a technique called high-resolution ultrasound microscopy, creating what Macklis called a “chimeric hypothalamus” — like the animals with mixed features from Greek mythology.

Postdoc Yu-Dong Zhou, from Anderson’s lab, performed in-depth electrophysiological analysis of the transplanted neurons and their function in the recipient circuitry, taking advantage of the neurons’ glowing green from a fluorescent jellyfish protein carried as a marker.

These nascent neurons survived the transplantation process and developed structurally, molecularly, and electrophysiologically into the four cardinal types of neurons central to leptin signaling. The new neurons integrated functionally into the circuitry, responding to leptin, insulin, and glucose. Treated mice matured and weighed approximately 30 percent less than their untreated siblings or siblings treated in multiple alternate ways.

The researchers then investigated the precise extent to which these new neurons had become wired into the brain’s circuitry using molecular assays, electron microscopy for visualizing the finest details of circuits, and patch-clamp electrophysiology, a technique in which researchers use small electrodes to investigate the characteristics of individual neurons and pairs of neurons in fine detail. Because the new cells were labeled with fluorescent tags, postdocs Czupryn, Zhou, and Chen could easily locate them.

The Zhou and Anderson team found that the newly developed neurons communicated to recipient neurons through normal synaptic contacts, and that the brain, in turn, signaled back. Responding to leptin, insulin and glucose, these neurons had effectively joined the brain’s network and rewired the damaged circuitry.

“It’s interesting to note that these embryonic neurons were wired in with less precision than one might think,” Flier said. “But that didn’t seem to matter. In a sense, these neurons are like antennas that were immediately able to pick up the leptin signal. From an energy-balance perspective, I’m struck that a relatively small number of genetically normal neurons can so efficiently repair the circuitry.”

“The finding that these embryonic cells are so efficient at integrating with the native neuronal circuitry makes us quite excited about the possibility of applying similar techniques to other neurological and psychiatric diseases of particular interest to our laboratory,” said Anderson.

The researchers call their findings a proof of concept for the broader idea that new neurons can integrate specifically to modify complex circuits that are defective in a mammalian brain.

The researchers are interested in further investigating controlled neurogenesis — directing growth of new neurons in the brain from within — the subject of much of Macklis’ research as well as Flier’s 2005 paper, and a potential route to new therapies.

“The next step for us is to ask parallel questions of other parts of the brain and spinal cord, those involved in ALS and with spinal cord injuries,” Macklis said. “In these cases, can we rebuild circuitry in the mammalian brain? I suspect that we can.”