Impact of cutting co-pay on meds 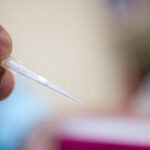 The use of specific medications following a heart attack has been shown to reduce cardiovascular events and mortality; however, while highly effective, the rate of adherence to these medications is poor.

Researchers from Harvard-affiliated Brigham and Women’s Hospital (BWH) evaluated whether eliminating co-payments for these medications would increase adherence and improve outcomes in patients who have had a heart attack. The findings were presented as a Late-Breaking Clinical Trial at the American Heart Association Scientific Sessions today and simultaneously published online in the New England Journal of Medicine.

“The elimination of co-payments for certain medications following a heart attack resulted in improved patient adherence to the medications and positively impacted rates of major vascular events,” said Niteesh Choudhry, lead author of the paper and a researcher in the Division of Pharmacoepidemiology and Pharmacoeconomics at BWH as well as an associate professor of medicine at Harvard Medical School. “While the elimination of cost sharing did not significantly alter the trial’s primary endpoint, which included revascularizations along with vascular events, the intervention was successful in reducing rates of important clinical outcomes, lowering the amount that patients spent on medications and other nondrug health services, and did not increase overall health care costs.”

Researchers utilized the existing structures that Aetna, a health insurance company, uses to process care and claims for their subscribers and enrolled into their study 5,855 patients who had been discharged from a hospital following a heart attack. They randomly assigned 2,845 patients to an insurance plan that provided full prescription medicine coverage and 3,010 patients to a plan that provided typical prescription medicine coverage, which includes cost-sharing.

The medications that were covered by both plans are all routinely prescribed to patients following a heart attack and included statins, beta-blockers, angiotensin-converting enzyme (ACE) inhibitors, and angiotensin-receptor blockers. Researchers tracked adherence to the medications, the number of major vascular events, which included readmission for fatal or nonfatal heart attack, unstable angina, heart failure or stroke, and the incidence of revascularization, which included a stent or angioplasty. They also determined the out-of-pocket cost for the patient and overall health care spending for each patient.

Choudhry and colleagues found that the rate of the combined endpoint of major cardiovascular events or revascularization was not significantly improved by the elimination of co-payments for prescription medicines. However, when all events were considered, and not only first events, rates of this outcome were reduced significantly by 11 percent in the intervention group. They also report that when taking revascularizations out of the equation, rates of first vascular events were reduced significantly by 14 percent and the individual outcomes, which include the rates of readmission for another heart attack, angina, heart failure and stroke, were all reduced. Additionally, total health care spending for patients during follow-up did not significantly increase, and out-of-pocket costs for patients were lower in the intervention group, a relative reduction of 26 percent.

“This research shows that by eliminating co-pays for patients who are prescribed medications that are proven to be effective, patients will use them more. In this specific study, adherence to these medications increased 4 to 6 percentage points,” Choudhry said. “Even with this improvement, overall adherence to these medications is very low, with less than half of patients who are prescribed these medications actually taking them. While cost-related underuse represents ‘low-hanging fruit’ and the intervention we evaluated appears cost-effective, more work is needed to identify other effective strategies for increasing adherence as a way to improve patient care and simultaneously lower the cost of providing care to these patients,” Choudhry said.

This research was funded by Aetna and the Commonwealth Fund.

— Niteesh Choudhry contributed to the reporting on this story.