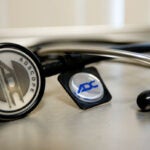 The Wyss Institute for Biologically Inspired Engineering at Harvard has been awarded a $12.3 million, four-year grant from the Defense Advanced Research Projects Agency (DARPA) to develop a treatment for sepsis, a commonly fatal bloodstream infection. Sepsis is a major cause of injury and death among combat-injured soldiers in the field, as well as patients in hospital intensive care units.

The proposed treatment would involve a miniaturized, dialysislike device that could rapidly clear the blood of a wide range of pathogens, much as a living human spleen does, without removing normal blood cells, proteins, fluids, or electrolytes. This novel “Spleen-on-a-Chip” would be portable, self-contained, and easily inserted into the peripheral blood vessels of a septic patient or soldier.

The award, which was announced Sept. 28, is part of DARPA’s Dialysis Like Therapeutics (DLT) program, which seeks to develop ways to dramatically decrease the morbidity and mortality of sepsis. Worldwide, more than 18 million cases of sepsis are reported every year, with more than 6 million resulting in death.

“We are very proud to partner with DARPA to pursue a research effort that could potentially transform how we treat patients with sepsis and save lives by quickly cleansing blood free of pathogens while simultaneously treating with antibiotics,” says Donald Ingber, Wyss Institute founding director and principal investigator on the grant. “This is a tremendous example of how the Wyss Institute works to bring together outstanding faculty members, expert technical staff, interdisciplinary resources, novel technologies, and clinical partner institutions, such as Children’s Hospital Boston, to bear on critical medical problems.”

The project also includes George Church, a Wyss core faculty member and professor of genetics at Harvard Medical School; Joanna Aizenberg, a Wyss core faculty member and Amy Smith Berylson Professor of Materials Science at the Harvard School of Engineering and Applied Sciences and Susan S. and Kenneth L. Wallach Professor at the Radcliffe Institute; and Michael Super, a member of the Wyss Advanced Technology Team, as key co-investigators.

Researchers plan to incorporate several of the Wyss Institute’s novel technologies in the proposed sepsis dialysis device. The sepsis therapeutic device will leverage recent Wyss Institute advances in organ-on-chip technologies in which key microstructural features of complex organs, such as the spleen, are replicated in microfluidic circuits using microfabrication techniques.

Also key to the technology is the use of magnetic nano- and micro-particles coated with a human opsonin — a key component of the body’s innate immune response — that will remove pathogens from flowing human blood using magnetic forces. The opsonin is being genetically engineered to improve its already broad pathogen-binding capacity using directed evolution strategies developed at the institute.

In addition, the sepsis therapeutic device will incorporate a “super” slippery surface that was developed by institute researchers as a novel material to prevent the adhesion of ice, crude oil, or even dirt. This technology, which is modeled after the slippery surfaces of carnivorous plants that trap insects sliding into the digestive juices of the plant, will be modified to prevent blood clot formation so that patients will not need to be treated with anticoagulants, such as heparin, when attached to the sepsis therapeutic device.

The Wyss Institute is a division of Harvard University. Operating in collaboration with Harvard Schools, Harvard-affiliated hospitals, Boston University, and the University of Massachusetts Medical School, the Wyss Institute conducts broad interdisciplinary research into the principles that living systems use to build, control, and manufacture, and applies these insights to develop novel materials and devices in areas as diverse as architecture, medicine, robotics, manufacturing, and the environment.