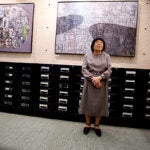 Harvard lays claim to one of the longest-running archaeological digs in Egypt and the Sudan. For more than 40 years (1905–1947), the Harvard-MFA Expedition was headquartered at “Harvard Camp,” a modest complex just a short walk west of the famous Pyramids of Giza. Sculptural masterpieces, monumental temples, pyramids, fortresses, exquisite gold jewelry, and objects of daily life are all part of the expedition’s legacy. Even more significant, these treasures came to light in the context of the most advanced and responsible scientific excavation of its time.

Thanks to the efforts of expedition director and Harvard Professor George A. Reisner, Class of 1889, today we can reconstruct ancient settlements and cemeteries, marvel at the world’s oldest royal furniture, and translate countless hieroglyphic inscriptions, from legal testaments to autobiographies and historical texts. Twenty-three archaeological sites are preserved in 45,000 documentary glass-plate expedition photographs, and in thousands of diary pages, notes, object-register books, drawings, and publications.

Reisner’s work forms the basis of our understanding of the Pyramid Age, or Old Kingdom (about 2469–2150 B.C.), the first classical era of ancient Egyptian civilization. He excavated hundreds of decorated tombs of Egypt’s governing elites there, along with the mortuary temples of King Menkaure, revealing some of the greatest royal statuary ever discovered. In the Sudan, he solved the mystery of the hidden entrances to ancient Nubian royal pyramids. His survey, documentation, and publication techniques revolutionized archaeological method for all future generations.