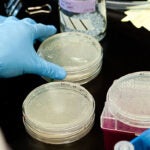 People with disabilities face lack of access to facilities, services

In an article in the October issue of Health Affairs, Lisa Iezzoni, director of the Mongan Institute for Health Policy at Massachusetts General Hospital and Harvard professor of medicine, analyzes available information on disparities affecting people with disabilities and highlights barriers that continue to restrict their access to health services.

“A lot of attention has been paid to how health disparities affect people in racial and ethnic minority groups, and this report details how people with disabilities are also disadvantaged,” she says. “Most of the literature about these problems has appeared in disability-centered journals that are not very accessible to many people, so one of my goals in putting together this analysis was bringing this information to a high-visibility, broadly accessible journal.”

Iezzoni, who has used a wheelchair for nearly 25 years because of multiple sclerosis, explains, “An analogy I use to illustrate how disparities among racial and ethnic minorities differ from those affecting people with disabilities is that Rosa Parks made progress towards civil rights when she could get onto that bus and sit anywhere she wanted to. I can’t even get onto a bus unless it is adapted for my needs, the bus driver notices me, recognizes my disability, and reacts to it. That kind of need for proactive accommodation applies to health care facilities as well.”

In her review of how disability is defined and addressed by the health care system, Iezzoni cites a significant change from an approach centered on available medical solutions coupled with patients’ adjusting to their limitations — the prevalent viewpoint of the 19th and early 20th century — to the more recent focus on changing the physical, attitudinal, and social barriers that compound restrictions imposed by specific physical impairments. She writes that a 2001 report from the World Health Organization  (WHO) “shift(s) the focus from prevention or cure to maximizing functioning and well-being,” adding that the Institute of Medicine, in recommending that the WHO framework be broadly adopted, acknowledged that “no single definition of disability can serve all societal needs.”

Iezzoni also cites a major survey’s findings that women with mobility disabilities were 70 percent less likely to be asked about contraception during routine medical visits, even though they could be at increased risk of unintended pregnancy because of difficulty using barrier contraceptives or would face heightened risk of complications from birth control pills. Problems accessing health care facilities — including physician offices and hospital buildings — were often reported; and equipment such as examining tables, mammography machines, or infusion chairs were frequently inaccessible. One major academic health center did not have a wheelchair-accessible scale, requiring a breast cancer patient with paraplegia to be carried onto a standard scale by her oncologist, because the patient’s weight is essential to calculating chemotherapy dosage.

“People with disabilities want to be as involved in their care as anyone else would be,” says Iezzoni. “They don’t want to be picked up and placed onto the exam table. If they’re able to get onto a table, they want to move themselves; but they need a table they can get onto — one that automatically lowers to allow them to transfer. Another problem is that most clinicians only see patients with disabilities in the office or in the hospital. They don’t see what the patients are doing out in the community. Health care professionals need to understand that people with disabilities have lives outside of their health care needs — lives in which they may be very active and accomplished. The health care system needs to work on making the accommodations required for effective communication and on giving all patients appropriate physical access.”