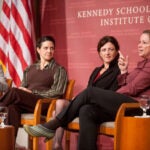 House Majority Leader Eric Cantor said Wednesday that the nation’s future lies in the hands of its universities and industries, and that government wants to work with them to foster the important innovation that is the country’s “engine for growth.”

Cantor also said that Washington should put a priority on research because of the economic leverage it generates and because Americans expect the nation to be a global research leader.

“I don’t think there’s any question, we ought to put a priority on research in this country,” Cantor said. “Washington does a lot of things that perhaps we ought to reexamine and say it ought not be doing anymore but one thing that I think the country expects is leadership in research because it has a huge leverage effect in our quality of life in what we can do in productivity.”

But Cantor said that disagreement between Republicans, who control the House, and Democrats, who control the Senate and the White House, concerning the nation’s budget deficit presents a major hurdle in moving ahead on legislation to foster innovation.

“If we can’t get that [budget] straight, we’re going to have continued push and pull as to what priorities are and how much money we can commit to basic science research so that your institutions can be incubators of this innovation,” said the Virginia Republican.

Cantor spoke to a group of business and university leaders who had gathered in Washington, D.C., from around the country to discuss the role of academia and industry in fostering innovation and creating jobs. The event was convened by Harvard University President Drew Faust and John Engler, president of the Business Roundtable, a group of major corporate leaders formed to discuss and influence national policy. The session was held at Bloomberg’s Washington, D.C., bureau.

Faust summed up the morning’s discussions for Cantor, saying that the participants — seven business leaders, seven university presidents, and a former governor who heads the Business Roundtable — agreed that immigration reform was critical to ease the inflow of the best minds from overseas to U.S. institutions, and to encourage these immigrants to remain here afterward to conduct research and start businesses.

The leaders said that university research is an important driver of the discoveries that spur the development of products and the creation of jobs by U.S. businesses and that continued funding was essential. Faust echoed a roundtable participant in calling research dollars the “seed corn” that brings exponential gains in jobs and economic development down the road.

Faust also said the participants discussed the importance of protecting intellectual property at home and abroad, and applauded the recent passage of patent reform legislation, both for its substance in bringing patent policies into the 21st century, and as an example of how important legislation can result from a meeting of the minds, across both the political aisle and the boundaries of business and academia.

Cantor said Congress should address antiquated visa laws with the aim of making it easier for those who come here legally to study, particularly in scientific and technical fields, and to stay after graduation. Legal immigration has always been important to this country, Cantor said, and should be again.

With the Washington budget impasse showing no sign of lessening, Cantor said it’s important that politicians in both parties temporarily set aside the most intractable issues and search for common ground. One such area, he said, may involve legislation to help small businesses, which in recent years have found it difficult to get credit to fuel growth. Bipartisan legislation on that subject is making its way through the House committee process.

Cantor said other steps that could foster innovation include approving free trade agreements and easing some government regulations. He singled out environmental rules fostered by the Environmental Protection Agency as particularly onerous. He said some business leaders have told him that had the federal regulations in place today been in effect 15 years ago, they wouldn’t have been able to do what they did to start their companies.

“We need to dial back the things we can’t agree on and get some wins on the board,” Cantor said.