The spirit of service 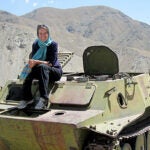 How they spent summer

The Harvard Kennedy School (HKS) reopened its doors Wednesday, welcoming a new cohort of students hoping to learn how to make a difference in the public sector. As a capstone to the first day of classes, an alumni panel of public sector leaders convened that evening, aiming both to inspire students pursuing public service and to ground them in the realities of that challenging work.

Dozens of students, professors, and others turned out for “Ask What You Can Do: Inspiring Public Service” at the John F. Kennedy Jr. Forum. The talk was a kickoff not just for the new semester but for the Kennedy School’s 75th anniversary, which it will celebrate throughout the year.

(HKS has also launched a new website, HKS 75, to showcase the School’s legacy, connect with alumni and supporters, and update the community on anniversary events.)

The School has “always been about making the world a better place,” said HKS Dean David T. Ellwood, who moderated the event. But the concept of how that can be done is expanding, the panelists said. Nonprofits, NGOs, social enterprise businesses, and even good old-fashioned government have blurred their boundaries in recent years. At their best, the panelists said, these varied groups work toward the same cause of building a fairer and better-functioning society.

The group addressed the many newcomers to HKS in the audience, some of whom are early in their public service careers. Choosing service can be a hard path to follow in a society that doesn’t always value contributions to the public good, they said.

For years at Harvard, “I never really thought about government service when I thought about service,” said Shaun Donovan ’87, M.Arch. ’95, M.P.A. ’95, and now the U.S. secretary of Housing and Urban Development (HUD). “I think it says a lot about the experience of government that … I was there, only three months in, when I figured out that this is something I couldn’t not do.”

Choosing such a path also can be difficult, the panelists acknowledged, when the political and cultural climate isn’t especially receptive to government intervention or public sector work.

“We’re going through one of the biggest economic dislocations in the history of this country,” Donovan said. “As public servants, we have to remember, folks are angry for a reason, and it’s not personal. … But anything that’s big that’s worth doing is hard.”

The current climate leaves a vacuum for motivated leaders to charge into to help solve society’s problems at a local, national, or even international level, said Somerville Mayor Joseph A. Curtatone, M.P.A. ’11, who took office in 2004. The chance to help turn around an ailing city long plagued by corruption and mismanagement overrode any misgivings he had about taking up an uncertain career path in politics.

“People are craving it,” Curtatone said. “People want their leaders to succeed, and in Somerville, they want their city to be great.”

Carie Lemack, M.P.A. ’06, urged the audience members to focus less on figuring out what they want to be, and concentrate more on articulating what they want to do. For Lemack, her mother’s death in the Sept. 11, 2001, terror attacks has inspired her to do everything from co-founding Global Survivors Network, an international nonprofit for victims’ families, to directing an award-winning documentary about terrorism, “Killing in the Name,” which will soon debut on HBO.

“You can be a lot of things and keep doing the same thing in different ways,” Lemack said. “I want to do something, to make an impact so that I never have to come home and find out that more people have suffered the way my family suffered.”

The evening’s conversation also touched on topics such as how to deal with private and institutional failures and how to balance family and career.

As the panelists noted, failures in the public sector are often more visible and transparent than in the private sector. The life of a public servant can have its fair share of minor humiliations, as Curtatone admitted when he recounted the story of his first predicted snowstorm when in office. (At the time, Somerville had a reputation for failing to plan adequately for weather emergencies.) After directing his employees to ticket thousands of cars and preparing a fleet of tow trucks to clear Somerville’s streets, not a single flake fell.

“Sometimes it doesn’t snow,” he said to appreciative laughter. “There’s nothing you can do about it.”

In a time when public confidence in the public sector is at historic lows, Donovan said, leaders of public institutions need to “make sure we’re celebrating successes along the way” while also creating “a culture of feedback and honesty, so that failure isn’t such a shock to the system.”

For Donovan, attending to necessary, timely work at HUD — say, a waiting stack of letters from Americans worried about losing their homes to foreclosure — must be balanced with building solid long-term relationships with his two young sons.

“Carve out time in your day to focus on the important, not just the urgent,” Donovan said.

HKS75: The Tools to Make a Difference