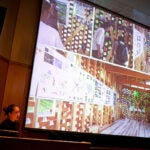 Kenyan fighters reflect on their struggles against a colonial ruler

NJURUTA, Kenya — In July, a landmark legal decision in London allowed aging Mau Mau veterans of Kenya’s independence movement to proceed with a class-action suit over colonial-era practices. The allegations, all from the 1950s, include murder, rape, sodomy, and deliberate starvation. Veterans are asking to be compensated for what they call war crimes.

The Mau Mau, who called themselves the “Kenya Land and Freedom Army,” fought the British from 1952 to 1960, during what was known as the Kenya Emergency. Colonial authorities called the Mau Mau a savage cult. Kenya itself, a newly sovereign nation by 1963, was equally dismissive, and banned Mau Mau associations until 2003.

The Mau Mau case got as far as it did in part because of Caroline Elkins, a Harvard history professor whose years of scholarship and accumulated oral histories documented colonial treatment of the Mau Mau. Her book “Imperial Reckoning: The Untold Story of Britain’s Gulag in Kenya” won a Pulitzer Prize in 2006.

Today, there are an estimated 75,000 Mau Mau still alive: scouts, fighters, and sympathizers who are commonly 80 or older.

A few of those Mau Mau veterans live in Njuruta, a scorching outpost of poor herders and farmers near the city of Meru, where much of the fighting took place. Meru is lush, cool, and rainy. But barren Njuruta sits on the edge of a parched region that last saw rain three years ago.

When his visitors arrived, M’Ringera “Simon” M’Ndiiria, 91, was tending goats on a bare hillside overlooking his compound. The main house is made of rough planks and has a steel roof. Inside are a sofa, a small bed, a jug for water, and a wheelbarrow. Most Mau Mau veterans are poor, said M’Ringera, because their ancestral lands were confiscated during the fighting.

Nearly 60 years ago, M’Ringera was a candy maker living in Nairobi. By night, he was a Mau Mau treasurer. He collected 5 Kenyan shillings a month from sympathizers and stuffed his mattress with paper currency.  (Coins were too loud.) To keep records from the British, M’Ringera memorized who had paid and who had not. The money bought rifles and food.

He was arrested in 1953 and imprisoned for seven years. His detention included time at notorious Manyani prison in the desert near Mombasa. He and other prisoners were beaten during the day and chained together at night. M’Ringera raised one pant leg to show a band of crisscrossing, silvery scars.

Joining visitors under M’Ringera’s shade tree was M’Mbwi “Samson” M’Thiribi, who only knows he was born “before 1922.” (Neighbors say he is 99.) He had walked a few kilometers to tell his story, wearing a short-brimmed pink hat and a gray suit jacket. In the early 1950s, M’Mbwi was an assistant village chief in Meru and a favorite of local British authorities. He used this trust as protective cover, organizing a team of scouts who supplied fighters in the forest.

He was arrested in 1953 and sentenced to five years. For two of those years he was in the infamous Mwea detention camp, “where most of us were taken so we would die,” said M’Mbwi. When he was released, he said, everything was gone: his ancestral land, his food stores, his three cows, and two goats. His house had been burned to the ground.

Under the same shade tree was M’Marete “David” M’Miiru, an 81-year-old farmer. He was a Nairobi tailor who in 1953 slipped into the jungle near his native Meru and joined the Mau Mau fighters. They kept beehives in the forest, he said, and ate fish from the rivers. They never bathed or changed their clothes or cut their hair or beards. Soon, said M’Marete, “even the wild animals would not attack us.”

To fight, he said, they used spears, arrows, machetelike pangas, and homemade .303-caliber rifles made from bicycle parts and gate latches. Their tactics were simple. “We used to fire one bullet” to kill a sentry, said M’Marete, and then attack with knives.

After he spent three years in prison, he said, everything was gone — his family houses burned, his livestock stolen, and his granaries looted. He said the British had shot and killed his brother. But in the end, he wanted nothing but peace. Under the shade tree, the other old men agreed.

After independence, M’Ringera raised bees and made a living by installing barbed wire fencing. He forgave the British and the Kenyan askari, the colonial police who collaborated with them. “He used to feel bad,” said his son Festus Bundi, an electrician who lives in Meru. “But after independence they were happy because the land was theirs.”

Before independence, said M’Ringera, British flags flew over Kenya’s hilltops, including the one on his farm. But afterward, “They promised they would leave and never come back. We forgave and forgot.”

A visitor told him the British court case is going forward. M’Ringera said, “I am glad.”