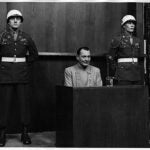 South African educators aim to transform leadership in their schools

When South African Al Witten was a doctoral candidate at the Harvard Gradate School of Education (HGSE), he dreamed of connecting Harvard scholars with educators in his homeland. Slowly, that dream is becoming a reality.

The effort started several years ago when Witten had coffee with HGSE Professors Robert Peterkin and Jerry Murphy. The three devised a plan to connect South African school administrators and their collaborators at the University of Johannesburg with Harvard experts on education leadership. Their goal was to reform public schools from the inside.

The goal is in keeping with longtime efforts at Harvard to improve U.S. and South African public education collaboratively. Harvard President Drew Faust and HGSE Dean Kathleen McCartney have visited South Africa to support collaborations in leadership, teaching, and learning.

“We have been there,” said Deborah Jewell-Sherman, a senior lecturer on education at HGSE and principal investigator of the project envisioned by Witten, “preparing them both with tools and helping them create a vision for where they want their individual schools to go.” She believes that the same commitment to education in the public sector, espoused in HGSE’s new Doctor of Education Leadership program, undergirds the work being done in South Africa.

“Transformational leadership in South Africa, as in the United States, is a major lever for the reforms and improved outcomes we want to see occur for all learners — and in the near future, not some distant point in time,” she said.

Jewell-Sherman, who visited Soweto in 2009 and again this spring, has worked with HGSE and University of Johannesburg colleagues to help school administrators develop strategic planning and thinking skills. Soweto is part of the Johannesburg central school district, which has 230 schools and more than 140,000 students.

In early July some of those same administrators attended a weeklong Harvard Institute for School Leadership program, sponsored by HGSE’s Programs in Professional Education (PPE).

Later in the month a second group of South African educators was at Harvard for another leadership program, the National Institute for Urban School Leaders, also sponsored by PPE.

At a discussion during the first conference, some of the educators related a few of their educational challenges, along with some of the important lessons from their Harvard trip.

“We are struggling to get our literacy and our numeracy numbers up,” said Prevein Marnewicke, the principal of a primary school. Coordination is a problem too, he said. “Somewhere, there is something lacking to make us grow together.”

One useful solution came up during the conference, said Marnewicke: comprehensive classroom visits by the school principals known as “instructional rounds.” The strategy is “one I am taking home with me,” he said. “I need to get in there and spend time understanding what is happening in the classroom.”

A U.S. principal discussed how he also conducts home visits with students who are struggling in the classroom. The strategy impressed Michael Meyers, a South African high school principal. “Do we visit our children when there is something wrong, when they struggle to learn in school?” he wondered. “We don’t, and that is something that I want to take back with me.”

Jewell-Sherman plans to return to South Africa in early October “to build on what we have learned together.”