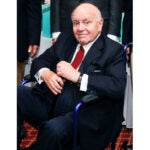 By Steven Syre The Boston Globe

Harvard University’s endowment earned 21.4 percent on its investments for the year ended June 30, roughly in line with the financial performance of other large funds, the school’s money managers reported yesterday.

The Harvard endowment, the nation’s largest, grew by about $4.6 billion to $32 billion over the school’s fiscal year.

The fund also contributed an estimated $1.5 billion to the university, covering about a third of Harvard’s operating budgets for the year…