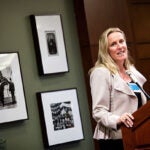 “Malpractice Risk According to Physician Specialty” was published in the Aug. 18 issue of the New England Journal of Medicine (NEJM).

“We were surprised that the probability of facing at least one malpractice claim over the average physician’s career was so high and particularly that so many claims did not result in payment,” says Chandra, HKS professor of public policy and corresponding author of the NEJM report. “The malpractice insurance that physicians purchase does not insure them from the emotional costs of being involved in litigation. These hassle costs have no social value, but given the frequency of litigation supports physicians’ perceptions of the inefficiency of the current malpractice system”

Despite the tremendous interest in medical malpractice and its reform, data are lacking on the proportion of physicians who face malpractice claims according to physician specialty, the size of payments according to specialty, and the cumulative incidence of being sued during the course of a physician’s career,” the authors contend.

The researchers analyzed physician-level data on malpractice claims provided by a large physician-owned liability insurer covering the years from 1991 through 2005. It included doctors practicing in all 50 states and the District of Columbia.

The results showed that more than 7 percent of all physicians faced a malpractice claim during any given year, while specialists in some areas were much more prone to claims than others.

“The proportion of physicians facing a claim each year ranged from 19.1 percent in neurosurgery, 18.9 percent in thoracic–cardiovascular surgery, and 15.3 percent in general surgery to 5.2 percent in family medicine, 3.1 percent in pediatrics, and 2.6 percent in psychiatry,” the authors write. “The mean indemnity payment was $274,887, and the median was $111,749. Mean payments ranged from $117,832 for dermatology to $520,923 for pediatrics.”

Overall, the data shows that just 1.6 percent of physicians in any given year faced a claim that resulted in payment.

The article is posted on the website of the New England Journal of Medicine.