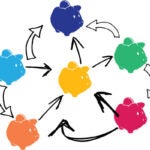 A plan for better banking

The Harvard Graduate School of Education (HGSE) today (July 26) released a powerful video in support of the It Gets Better Project. The four-minute video features faculty, staff, and students sharing deeply personal accounts of their childhood experiences and providing support for lesbian, gay, bisexual, and transgender (LGBT) youth.

“Bullying and harassment during adolescence can be damaging because young people are in the process of constructing identities,” said Dean Kathleen McCartney, who appears in the video. “At HGSE we wanted to demonstrate to lesbian, gay, bisexual, and transgender youth that we support them. This video tells a collective story — an HGSE story. When I first saw the video, I was moved to tears by the comments of our caring community.  Through it, we hope to speak directly to high school students. They deserve safe schools, safe spaces, and acceptance. I think young people will find strength in the stories of LGBT adults who have triumphed.”

HGSE created the unscripted video after McCartney emailed the community encouraging faculty, students, and staff of all sexual orientations to tell their stories honestly and openly. The School is the first at Harvard to produce a video for the It Gets Better Project.

“As an openly gay member of the HGSE faculty who has conducted research on the intersection of racism and homophobia in the lives of LGBT youth, I was honored to have participated in HGSE’s ‘It Gets Better’ video,” said Academic Dean and Professor Hiro Yoshikawa. “I am also delighted that the video is accompanied by links to the Make It Better Project, which provides concrete tools for youth, parents, and educators to improve classroom, school, and public policies for LGBT youth.  We do not have to wait until it gets better — we can make things better now by supporting the capacity of schools and communities to become safer places for all youth in this nation.”

HGSE Ed.D. candidate James Croft didn’t need to think twice about sharing his story.  “As a former high school teacher and someone who cares about education, I wanted to be part of an ‘It Gets Better’ video which showed how many passionate, dedicated teachers there are who are working right now to make things better for young people in classrooms and communities around the country and around the globe,” he said. “I wanted to let young LGBT people know that they are not alone, and that they don’t have to wait for things to get better, but that, together, we can make it better — starting today.”

According to its website, the It Gets Better Project, launched by syndicated columnist and author Dan Savage when he created a YouTube video with his partner to inspire hope for LGBT youth, has brought needed attention to the stresses many experience from their peers. In response to a number of students taking their own lives after being bullied in school, the It Gets Better Project allows supporters everywhere to tell LGBT youth that, yes, it does indeed get better.

To view the video.