A plan for better banking 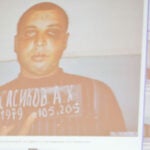 As much of the developed world continues to dig out from the impact of the 2008 financial crisis, a team of researchers at Harvard and in London has created a model of bank failure aimed at helping economies avoid crashes. Their work highlights a fundamental dilemma for regulators: Improving the safety of individual banks may make the financial system as a whole more dangerous.

Developed by Nicholas Beale, chairman of Sciteb, a consulting firm based in London, and David Rand and Martin Nowak, researchers at Harvard’s Program for Evolutionary Dynamics, the model considers risks to financial systems rather than those faced only by individual banks. The team’s paper, Individual Versus Systemic Risk and the Regulator’s Dilemma, appears online in the Proceedings of the National Academy of Science Early Edition.

“We used a simple model to illustrate an idea that, on reflection, people understand instinctively,” says Rand. “When many banks do the same thing, simultaneous bank failures become very likely.”

Therefore, the authors argue, it is not enough to ensure that every bank is diversified and pursuing a low-risk strategy.  “You want the banks to be diversified,” Rand says, “but in different ways, so that the conditions that would cause one bank to fail would be different than the conditions that would cause another bank to fail.” Regulators should therefore promote “diverse diversification,” and encourage individual banks to pursue risk strategies that are distinct from those of their competitors, even if this increases the risk that any one bank might fail.

The good news, according to Rand and Beale, is that the financial crisis has spurred regulators to think about the stability of financial systems as a whole. In this climate, the authors hope regulators will encourage banks to pursue more distinctive strategies in order to create a more resilient financial system. “We believe this can be achieved without a central authority directing the banks in particular areas,” says Beale.

Instead, he envisions a regulatory scheme that encourages diversity by basing the amount of capital a bank is required to hold on the extent to which its investment strategy contributes to systemic risk. “With the right regulations, market forces will encourage the banks to make a more robust system. But unless these problems are addressed, having a more uniform global regulatory system could actually make the next crash much worse,” says Beale.

“Beale, et al., have contributed an important insight that individual bank-risk diversification does not add up to system diversification,” says Professor Andrew Sheng of Tsinghua University, who is chief adviser to the China Banking Regulatory Commission.

Beale says that the team’s focus now is building a global alliance for financial and economic resilience.

“We’re bringing together leading academics, regulators, banks, and investors,” he says. “Provided a systemic risk capital is set in a sensible way, we have a chance of avoiding the next crisis.”

This work was supported in the United Kingdom by the Man Group and Fidelity Investments, and at Harvard by the John Templeton Foundation. Beale, Rand, and Nowak’s team also included Heather Battey, Karen Croxson, and Robert M. May.