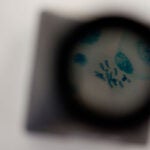 A focus on battling tuberculosis

A diabetes treatment based on one that cured mice in laboratory experiments has produced promising results in humans enrolled in an initial drug trial, killing immune system cells that attack diabetics’ pancreases and raising levels of a chemical marker that indicates that the pancreas is producing insulin, according to the trial’s lead researcher.

The results are encouraging enough that Associate Professor of Medicine Denise Faustman, a physician at Harvard-affiliated Massachusetts General Hospital (MGH), is planning the next round of testing for the drug, a decades-old tuberculosis vaccine called Bacillus Calmette-Guerin (BCG). Faustman cautioned that there remains a long way to go before the treatment is proven helpful against human diabetes.

Faustman announced the results of the phase 1 human trial on Friday (June 24). The phase 1 trial is the first in a multistep process required by federal regulators before drugs are approved for use against specific diseases. Though a phase 1 trial is typically focused on a drug’s safety, with effectiveness tested in phase 2, Faustman said their tests showed that the human subjects not only tolerated the drug, but had a positive response to it, similar to that seen in laboratory mice, albeit to a lesser degree.

The approach targets type 1 diabetes, which occurs when the body’s own immune system attacks insulin-producing beta cells in the pancreas. Insulin is a critical hormone that helps the body take up and metabolize sugars. Without a properly functioning pancreas to produce insulin, blood sugar skyrockets, potentially causing coma and death. Type 1 diabetics today use insulin injections to control their blood sugar. Though effective, the injections — typically given daily — cannot replicate the body’s subtle control of blood sugar. Lack of blood sugar control can lead to nerve damage, blindness, kidney failure, and other complications.

Faustman and her research team stunned the diabetes world and generated a storm of controversy 10 years ago when she announced that she’d cured diabetes in laboratory mice with advanced disease. The researchers injected the mice with a compound called complete Freund’s adjuvant, which stimulated their bodies to produce tumor necrosis factor, a molecule that selectively destroys the rogue immune cells while leaving the body’s other protective cells alone.

The Faustman mouse experiments used a second intervention to re-educate the precursor cells that give rise to the rogue immune cells. It is those precursor cells, which were somehow miseducated to recognize the body’s beta cells as foreign, that pass on the faulty instructions to attack the pancreas.

At that point, researchers had halted the immune system’s attack against the body’s own beta cells, but believed they had to transplant beta cells to the depleted pancreas to restore insulin production.

To Faustman’s surprise, the mice started producing insulin on their own, indicating that their pancreases, even after having been shut down for a significant time, were able to regenerate the key cells needed to resume insulin production.

The phase 1 human trials differ from the mouse experiments in an important way. Researchers working with the mice employed a two-pronged strategy, using one drug to knock out the bad immune system cells, called T-cells, and a second intervention to destroy the precursor cells that gave rise to them. Because drug trials can only test one compound at a time, Faustman said the human trials are testing only a drug that researchers believe knocks out the bad T-cells but not their precursors. This means that should the treatment ultimately prove effective, repeated doses will be needed to forestall a renewed attack on the pancreas.

The phase 1 trial used an FDA-approved drug similar to the one used in the mouse experiments, which was for research purposes only. In the human trials, they used the tuberculosis vaccine Bacillus Calmette-Guerin instead of complete Freund’s adjuvant to stimulate the body to produce tumor necrosis factor.

In the double-blind human trial, researchers administered low doses of BCG or a placebo to a dozen diabetics who had the disease for an average of 15 years. The drug was given in two doses, four weeks apart, and blood was drawn weekly or biweekly for 20 weeks. Results were compared against 90 additional reference samples. All together, researchers examined more than 1,000 samples.

Faustman said the trial showed that BCG treatment killed the pancreas-attacking T-cells and boosted the body’s protective T-cells. Because the trial participants were diabetic and taking insulin at the time to control their condition, researchers couldn’t directly measure insulin levels to see whether the beta cells had resumed functioning. Instead, they measured levels of a marker compound, called C-peptide, which is produced by the pancreas when it also produces insulin. They saw a temporary increase in C-peptide levels in a majority of participants, indicating that their pancreases had begun at least some insulin production, Faustman said.

While the results are promising, Faustman said they do require follow-up. Researchers are preparing a phase 2 trial employing more study subjects to test dosage and effectiveness. Though the study is still being designed, Faustman said researchers would likely administer a higher dose of BCG to diabetic participants every six weeks for 18 months. Because participants would enter the study at different times, she expects the entire trial to take three years.