Clues on how flowering plants spread 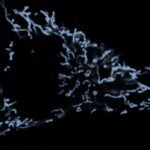 Scientists have long scratched their heads over the Earth’s dazzling array of flowering plants. While conifers took 300 million years to yield hundreds of species, flowering plants diversified in less than half that time into 250,000 species, encompassing everything from massive trees to the most delicate wildflowers, from hardy, low-growing alpine plants to bug-eating carnivores.

Scientists have settled on a handful of likely factors that might have driven this blizzard of diversification, including competition between males to fertilize the egg cell hidden at the base of every flower.

This male competition is familiar to anyone who has seen rams butt heads or stags lock antlers. It is a decidedly quieter process among plants, although the stakes are just as high. The competition occurs between pollen grains deposited on a flower.

Each pollen grain holds three cells, two being the plant’s sperm cells and the third a tube-growing cell that rapidly creates a pathway to the egg, along which the sperm can travel. Scientists believe that competition to grow the fastest pollen tube is the vegetative equivalent of male-male combat in the animal kingdom, a measure of fitness of the father plant that is one of several factors that drives flowering plant evolution.

Now, researchers at Harvard’s Arnold Arboretum and the Department of Organismic and Evolutionary Biology have shown that females in an ancient lineage of woody vines also duke it out for reproductive rights, employing a practice that may give researchers a glance back in time at a strategy that helped to foster today’s diversity.

While most flowering plants develop a single egg cell in each seed and sit back and wait for the winning pollen tube to reach it, some species develop not one egg, but many, that are located far enough from the site of fertilization that they must also grow tubes, tangling with rivals as they do for the right to produce the next generation.

The research, published online Monday (June 20) in the Proceedings of the National Academy of Sciences, was conducted by Arnold Arboretum Director William Friedman, the Arnold Professor of Organismic and Evolutionary Biology, and postdoctoral fellow Julien Bachelier.

Bachelier and Friedman studied Trimenia moorei, a woody vine native to Australia that is part of an ancient group of flowering plants called Austrobaileyales. The research, which took a year and a half and was begun when the two were at the University of Colorado, involved microscopic analysis of thousands of Trimenia flowers, painstakingly tracing the delicate paths of pollen tubes and those from Trimenia egg cells.

Bachelier, who did much of the microscopic analysis, said competition is nature’s way of ensuring that the most fit genes are passed on to the next generation. From a fitness standpoint, the more competition the better.

Once Bachelier looked at specimens under the microscope, he saw many flowers that had just a few pollen grains or even just a single one.

“A lot of flowers were sectioned; there were very few pollen grains in them,” Bachelier said. “The presence of female competition may be a way to compensate for low levels of male competition in Trimenia and other members of ancient lineages of flowering plants.”

Trimenia’s flowers are small and not very showy and Trimenia’s female competition strategy may serve as a way to increase the fitness of the next generation.

“These early lineages of plants had small, simple flowers,” Friedman said. “They sort of had the training wheels on.”

In the millions of years of flowering plant evolution, many types have developed large, showy flowers and partnered with efficient insect and bird pollinators, greatly increasing the number of pollen grains that settle on a single flower and, hence, the level of competition that leads to the next generation. That process may have allowed the species to discard competition between egg cells.

The work, Friedman said, grew out of a larger effort to understand plant strategies to nourish their young by storing carbohydrates in their seeds. Though scientists have in the past recognized that some plants have multiple egg cells that produce pollenlike tubes, they’ve generally described the phenomenon and moved on. Friedman credited Bachelier with recognizing that what he was observing may have deeper implications about the early evolution of flowering plants.

“It’s one of the wonderful things about doing biology,” Friedman said. “Once you start looking, amazing and unexpected things happen.”