Why the immigrants come 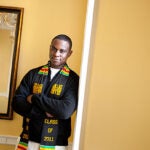 Planning a life for others

The image of the impoverished immigrant, whether depicted being jammed with others in the trunk of a car or ducking through the underbrush to reach the border, has become a cultural meme. The endless influx of immigrants has spurned controversy and consternation, not to mention volatile rhetoric countered by off-the-cuff rationalizations on their motivations.

It is easy to make varied assumptions about these immigrants. But through it all, few observers stop to examine who these people are, and why they’re coming.

Last year, Filiz Garip, assistant professor of sociology, undertook an investigation of this question. Who are these migrants, and what are their motivations for fleeing their homes? “We wanted to try to understand what actually prompted these individuals to migrate,” she said, “to take the view of the ‘average migrant’ and determine under what conditions they came to the U.S.”

While on a sabbatical last year, supported by the Weatherhead Center for International Affairs, Garip delved deeper into her research on migration patterns. “I wanted to know several things. Are there different types of migrants moving in different directions if the economy changes? What about if policy changes? Who is coming over now, as opposed to who was coming before them?”

“A lot of the time, we think of these individuals as being the poorest of the poor, who migrate out of individual choices and economic hardship, but I didn’t think that was always the case,” said Garip. “I had two ideas: one, that it’s diverse groups of people coming, that we cannot all lump into one category. It’s not just the poorest. And two, everyone who decides to migrate is experiencing the macro-level economic conditions and making choices based on those experiences.”

She examined data from the Mexican Migration Project, a Princeton effort that has traced migration patterns between the United States and Mexico for the past 40 years, together with a technique known as “cluster analysis” that allows the researcher to group together and analyze similar cases and people. Garip identified four groups of immigrants, each with its own socioeconomic profile, and each of which came to the United States at distinct periods in Mexico’s economic history.

The first group of people, who came in the 1970s, was made up mostly of poor farmers and heads of households. “About 90 percent of them were men,” she said. “There was this idea at the time of trying to maximize your income, and the high pay ratios put huge stress on farmers. So at that time, it was the very poorest people who were coming over to look for work.”

But that changed in the 1980s. The second group, according to the analysis, consisted of people from middle-income households. “They usually had business or lands, and were sending their sons to the U.S. to try to diversify their risks. Immigration for these people was purely a business decision.”

In the late ’80s, a series of economic crises and subsequent rising inflation pressured many farmers to flee across the border once again, but it was during the same period that the U.S. government legalized 2 million undocumented immigrants. “Because of this,” Garip said, “people decided to bring their families over. So you saw a big influx of women and young children who were joining people already established in the U.S. Then in the ’90s we saw more urban, educated types coming over. They were skilled and worked jobs in Mexico, but were still coming to the U.S. to look for jobs.”

At any one time, all four types of people were probably coming into the country, but according to Garip, “the composition changes a lot. There are always multiple types of migrants from distinct backgrounds, and with diverse motivations for migrating. We see that income-maximizing migrants can co-exist alongside migrants who seek to diversify risks. With these last two groups, we can see how networks of families and friends begin to affect migration patterns.”

Given this refreshed view on who these immigrants are and why they are coming, the next question becomes: What does this mean for U.S. immigration policy? “A lot of our immigration policy assumes the ‘typical migration case’ of the poor, unskilled laborer who doesn’t speak English, and policymakers seem to be operating with the idea that if you increase the costs and consequences of immigrating, rates will decline. That’s not the case. The only thing that will stop migration is improving economic conditions in the home country.”

And Garip is quick to point out that a lot of current policies are backfiring. “Before the ’70s, there was a lot of circular migration. People didn’t have intentions to settle in the U.S. They came, made money, and left. But the tightening of policies and higher enforcement meant it was harder for people to go back and forth, so they simply began to stay in the U.S. And then when their rights began to be restricted, they became citizens.”

“If we want to change the incentive to migrate, we need a more customized policy. Start a guest worker program, or a visa program to make temporary migration legal. Create legal revenues for people to do this, and then once they’re here let them be citizens. Making these activities illegal and throwing these people in jail is not a disincentive.”

Garip has since designed a course based on what she learned, and hopes to bring undergraduates into the research process. “I want people to understand that immigration is not about one kind of individual,” she said. “They’re not all the same. There are different groups, different reasons, and most importantly, different people who migrate.”