The secret lives of boys 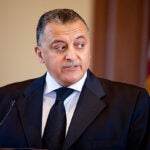 Harvard alumna Niobe Way sharpened the debate around the emotional capacities of boys and girls with an intimate look at teen relationships during a Harvard discussion on April 14.

In a talk at the Harvard Graduate School of Education, the author shared insights from her work in teenage development and read aloud early and middle adolescent boys’ descriptions of their friendships.

“Sometimes you just need to spill your heart out to somebody,” said one 15-year-old boy.

“My best friend and I love each other. That’s it. You have this thing that is deep, so deep within you, you can’t explain it,” said another.

One young teen said that, “Without friends you would go crazy or mad, you’d be lonely all the time, be depressed — you would go wacko.”

Describing his close friends one high school sophomore said, “You could tell them anything; you could give them anything. It’s like giving yourself to them.”

Way remarked on how the language was almost marital in nature, noting that terms like “love” and “through thick and thin” fill the interviews she compiled during more than two decades of research.

A professor of applied psychology at New York University, Way, Ed.D.’94, has worked with teens for more than 20 years, conducting hundreds of interviews with boys from 11 to 18. More than 85 percent of her respondents, said Way, suggested their closest friends, especially those during early and middle adolescence, “share the plot of ‘Love Story’ more than the plot of ‘Lord of the Flies.’”

The interviews confirmed the emotional capacity of boys, said Way, whose new book,  “Deep Secrets: Boys’ Friendships and the Crisis of Connection,” sheds light on the intimate nature of young male friendships. The work also examines how those bonds are severed as boys approach adulthood.

According to Way, secret sharing or intimate talk defines a best friend for most boys. When asked why such friendships faded as they aged, the teens listed girlfriends, busy school and work schedules, and a need to change schools or move as the main reasons. But Way says that it has much more to do with ingrained societal norms.

They become, she said, “increasingly attuned to cultural messages about manhood and maturity.”

“Rather than focusing on who they are,” Way added, “they become obsessed with who they are not.”

Despite the countless studies that indicate close friends are good for a person’s emotional and physical well-being, boys feel pressure to show their independence and emotional stoicism, said Way.

“You need someone to turn to when things are bad,” one freshman studied by Way said about the importance of close male friends. Three years later, when asked the same question he responded that, “While he has nothing against gay people, he himself is not gay,” said Way, adding that this teen, like many others, expressed sadness at losing close male bonds.

Cultural conventions about masculinity are one part of the problem. Another is that people have become increasingly less connected and less empathetic over the past 40 to 50 years. Recent surveys reveal that half the U.S. population discusses important matters with only one other person, or with no one at all.