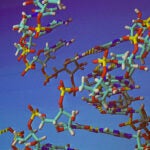 Public health analysts expressed doubt Monday (April 25) that eradicating malaria is an attainable goal, saying the difficulty of doing so may put that out of reach despite the global effort now under way.

The discussion during a roundtable event at the Barker Center was held to mark the fourth World Malaria Day, which commemorates the worldwide movement to distribute bed nets, improve access to testing and treatment, and engage local governments in eliminating malaria.

Global anti-malaria efforts have ramped up considerably in recent years. A call by philanthropists Bill and Melinda Gates in 2007 set eradication as a target and generated a lot of excitement in the field. Today, there are several major anti-malaria efforts, including that of the Gates Foundation, the Global Fund to Fight AIDS, Tuberculosis and Malaria, and the Roll Back Malaria Partnership. The Roll Back Malaria Partnership unveiled its Global Malaria Action Plan in 2008, with a goal of dramatically reducing malaria’s impact on social and economic development by 2015, with global eradication a longer-term goal. The partnership has 500 members, including governments, nonprofit organizations, and businesses.

Despite those efforts, malaria remains a global killer, taking the lives of nearly 1 million people in 2008 and sickening 247 million. African children under age 5 are particularly susceptible to the disease. Malaria accounts for 20 percent of all childhood deaths on the continent, with a child dying at the rate of every 45 seconds, according to the World Health Organization (WHO).

The roundtable, sponsored by the Harvard Malaria Initiative and several University student groups, is one of several events marking World Malaria Day, including a benefit concert on May 4, the proceeds of which will fund student efforts against the disease, including a travel award to be established through the Malaria Initiative.

The event brought together Barry Bloom, former dean of the Harvard School of Public Health (HSPH); Marcia de Castro, assistant professor of demography at HSPH; Professor of Public Policy Amitabh Chandra of Harvard Kennedy School; Günther Fink, assistant professor of international health economics at HSPH; Jeremy Greene, assistant professor of the history of science in the Faculty of Arts and Sciences and instructor in medicine at Harvard Medical School; Amy Bei, a postdoctoral fellow at HSPH; and David Sengeh, a former Harvard undergraduate and current graduate student at Massachusetts Institute of Technology. Stefanie Friedhoff of the Nieman Foundation moderated the event.

Panelists acknowledged the difficult challenge of eradicating malaria, with several expressing skepticism that it’s possible. Bloom said he doesn’t know anyone in public health who will take the risk and say eradication will definitely happen.

Even so, panelists said that eradication is an aspirational goal, aimed at getting political and public action pointed at a serious worldwide problem. Calling for eradication invokes urgency, Greene said. When asked about efforts to control the parasite versus eradicating it, participants described a continuum of anti-malaria efforts.

“Control can have various endpoints,” Fink said. “You can look at eradication as really successful control.”

Eradication is theoretically possible because the malaria parasite needs a human host to reproduce. That means that if the disease is eliminated in humans, there’s no animal reservoir from which people could be re-infected. Of course, with malaria occurring in 106 countries, many of which have poor health infrastructures, achieving the goal remains an enormous task.

Sengeh, who comes from Sierra Leone, said that local people would be key to the eradication effort. Only if they buy into the goal will the effort reach all the areas where malaria remains a problem. Even if that is done, however, cost is an issue. One estimate is that effective anti-malaria efforts will cost more than $4 billion a year.

While that is a hefty sum, Chandra said it is a manageable number when the whole picture of health spending and international aid is considered. For instance, that is a small amount compared with overall U.S. health spending, Chandra said, and is just a tenth of what is spent on aid to Africa in a year.

“That’s what we spend on health care in four days in the U.S.,” Chandra said. “That number is within our grasp.”

Chandra said that many of the hurdles to be overcome are not scientific, but social. Effectively delivering care and preventive measures such as bed nets and insecticidal spraying is a big problem.

Still, Bloom said people shouldn’t discount the potential of scientific advances. Anti-malarial drugs remain limited, Bloom said, and mosquitoes are developing resistance to the insecticides used to keep their populations down. In addition, anti-malaria campaigns are being waged without an effective vaccine.

Even after a nation eliminates malaria, vigilance is needed, participants said, as all it takes is reintroduction from a neighboring country to spread the disease again.

Participants discussed the prospect of the campaign’s falling short, saying some “failures” don’t look as bad as others. The failure of the WHO’s first malaria eradication campaign, waged from 1955 through the 1960s, was disastrous and had an enormous impact, causing realignment of global health priorities, Bloom said. On the other hand, the “failure” of the WHO’s “3 by 5” campaign, which sought to get anti-retroviral drugs to 3 million AIDS patients in poor countries by 2005, wasn’t so bad. The effort provided an enormous impetus to provide AIDS drugs to those who had no access to them and took just another three years for the goal to be reached.