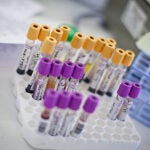 Most parents support checking them for tobacco smoke exposure

Sixty percent of parents, whether they smoke or not, said they would like to have their children tested for tobacco smoke exposure during pediatric visits, according to a new study released online on Monday (March 21).

The study, led by researchers at the Center for Child and Adolescent Health Policy at MassGeneral Hospital for Children (MGHfC), is the first one nationally to assess whether testing children for such smoke as part of a regular primary care visit is acceptable to parents. It will appear in print in the April issue of Pediatrics.

“The surprising result here is that parents who smoke want their own children tested for tobacco smoke exposure,” said Jonathan Winickoff of MGHfC, who is an associate professor of pediatrics at Harvard Medical School and lead author of the study. “This may signal the general recognition among parents, even among those who smoke, that there is no safe level of tobacco smoke exposure, and their desire to know whether their child is exposed.”

Other research from this group has recently shown that children who live in multiunit housing have a high probability of being exposed to tobacco smoke even when no one smokes in their unit.

Tests to measure children’s exposure to tobacco smoke are available but are not currently done as part of routine pediatric health care. One potential barrier to testing children for such exposure has been the belief that parents who smoke would not want their child tested.

“When parents and child clinicians see the actual exposure data, they will be better equipped to advocate for clean air in homes and cars, to encourage landlords to establish smoke-free multiunit housing, and to help parents get the assistance they need to quit smoking,” said Winickoff.

The study was made possible by grants from the Office of Rural Health Policy of the U.S. Department of Health and Human Services, the Flight Attendant Medical Research Institute, the National Cancer Institute, and the NCI/National Institute on Drug Abuse/Agency for Healthcare Research and Quality.