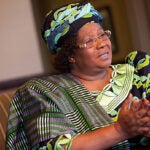 Forum examines problems rescuers face now, and in days ahead

Harvard analysts worked to parse the rapidly unfolding cascade of crises roiling Japan on Wednesday (March 16), during a forum sponsored by the Harvard School of Public Health (HSPH). They said that public trust in the relief efforts, logistical obstacles to aid, and foreign sensitivity to Japanese culture are all keys to an effective disaster response.

The three main themes emerged during the discussion led by Jennifer Leaning, the François-Xavier Bagnoud Professor of the Practice of Health and Human Rights at HSPH and an associate professor of medicine at Harvard Medical School.

First, they said, the Japanese government and the operators of the Fukushima Daiichi nuclear plant damaged by the massive March 11 earthquake and tsunami must improve efforts to give clear, consistent statements to the public, including accurate information on the levels of radiation released and possible health effects.

Unfortunately, “the messaging that is coming out is difficult for the general public to interpret,” said panelist Michael VanRooyen, founder and director of the Harvard Humanitarian Initiative. Trust in the authorities is eroding and without that people will not respond to official orders.

“If emergency response is necessary, it’s important that it be taken rapidly and in a coherent manner,” said Gordon Thompson, executive director of the Institute for Resource and Security Studies. Perhaps some populations should evacuate, while others should shelter at home. “In order for recommendations to be followed, people need to trust the statements that are made.”

Secondly, logistics and access remain a major challenge. Japan has enough supplies for people in the areas hardest hit by the tsunami, but the problem is the transport of supplies over damaged or closed roads for relief, said VanRooyen. “Certainly, there’s enough food, water, blankets, and shelter material in the region to supply these people who have been displaced. It’s a matter of getting them there.”

And third, even though the world stands ready — and is even anxious — to help, foreign aid to Japan must be rendered with sensitivity to cultural and societal issues.

Indeed, Takashi Nagata, an emergency physician and former HSPH research fellow who spoke to the forum via an Internet link from Tokyo, was blunt. Foreign aid workers should hold off coming to hard-hit places like Sendai, he said, because the situation is unstable. Such aid workers, however well-meaning, could cause confusion, particularly if they don’t speak Japanese, he explained.

Japan’s preparedness for disaster is among the best in the world, and thus the need is for specific, targeted experts. “This is not the place to send generalists,” said VanRooyen. It is not the time, as Leaning put it, for “U.S. helicopters to drop vast pallets of food and water and expect that to be helpful.”

Yet the need for basic necessities remains, and the obstacles are daunting. Japan faces three distinct disasters: the tsunami, the earthquake, and the nuclear crisis, said Michael Reich, the Taro Takemi Professor of International Health Policy in the Department of Global Health and Population at HSPH.
The situation has “created a whole cascade of crises,” Reich said. “Social crises: Entire villages have been wiped away. Grief crises, as individuals have lost family members who they tried to save. It’s created economic crises, in terms of inability to get different parts of the Japanese economy going again. It’s created pure human nutrition crises. People can’t get food, shelter, safe water. And it’s creating also psychological crises.”

The invisible, yet potentially lethal, impact of nuclear radiation has particular resonance in Japan, “the only nation in the world that has suffered the tragedies of two nuclear bombs,” Reich said, referring to the Hiroshima and Nagasaki bombings that ended World War II.

Much of the forum discussion centered on the possible meltdown at the Fukushima Daiichi plant, a situation that changes by the hour. Even Thompson, an authority on responses to nuclear catastrophes, had to admit frequently that he just didn’t know the answers to troubling questions.

He was pressed by members of the audience on how close is “too close” for people to the nuclear plants, which have been venting some radiation. For example, the U.S. government has advised businesses within 50 miles of the Fukushima nuclear facility to evacuate, but the Japanese government says those within 12 miles are safe. Which is correct?

From here, “It is not possible to make a specific recommendation,” Thompson said.

But if people within 80 kilometers can leave, it would be wise for them to do so. “It is important to consider the status of the transport infrastructure,” he added. If roads are bad, it may not make sense for large populations to move.

Consider, said Leaning, “If you order an evacuation closer to the plant, and there is a significant, massive release, then you have all these people on the road who are not sheltered, and they can’t move at all, because the transport doesn’t work or there’s gridlock in traffic. And here they are, out in the open, with the plume [of radiation] going over them.”

It may be safer for people to stay in their homes. And yet then you raise the issue of supplying these sheltered, isolated people with necessities, she said.

Nagata spent three days in Sendai as part of the response of the Japan Medical Association. He then rushed to Tokyo to plead in a press conference for basic supplies to be delivered. Unfounded fears about radiation had been preventing supplies from getting through, he said. He described periods of panic, how he broke down and cried several times, but said he would be heading back to Sendai to continue his work.

The other panelists noted that Nagata’s experience underscored the need for authorities to put out trustworthy information, in terms “your grandmother would understand,” as Reich put it.

As for the Harvard community, “We are here, ready to provide any assistance that might be asked for — at the technical level, at the social level, at the personal level,’’ Reich said. “It requires the Japanese to figure out how best we can assist them.”

To view the video of the HSPH forum on “Response to the Earthquake, Tsunami and Nuclear Crises in Japan: Disaster Leadership in Action.” To learn about upcoming events and where to make donations in support of Japan.