The road to Chile, Brazil 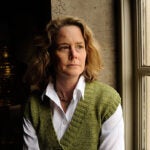 Do ask, do tell

SANTIAGO, Chile — On a weeklong trip to Chile and Brazil, Harvard President Drew Faust has been meeting with government and academic leaders, reconnecting with Harvard alumni, and getting a firsthand look at the tangible benefits of Harvard research.

In Chile, she visited an early childhood education program at a public school and participated in a symposium organized by Harvard faculty, government leaders, and the heads of nongovernmental organizations involved in reconstruction efforts from last year’s earthquake.

Later in the week, she was exchanging ideas with leaders of Brazilian universities and meeting with local students who have studied with Harvard faculty or alongside Harvard students in Brazil.

“Forty years ago, Mr. President,” Piñera said to Obama in his welcoming remarks at a state dinner held in Obama’s honor, “I had the privilege of studying for a doctoral degree in the same University where you and your wife studied law, Harvard University, whose president, Drew Faust, is with us today.”

Faust and Piñera discussed Becas Chile, a scholarship program sponsored by the Chilean government that has enabled an increasing number of students from that country to study at Harvard. They also discussed the many ways in which Harvard is connected to Chile.

Faust and her husband, Charles Rosenberg, attended a state dinner held in Obama’s honor later that night. In his welcoming remarks, Piñera cited his Harvard connection with Obama and noted that Faust was a guest at the dinner.

Since being chosen as the first woman to lead Harvard, Faust has made it a point to visit schools for girls when she travels abroad to talk about the importance of education and the opportunities it affords young women. At Liceo Carmela Carvajal, a public school for girls in Santiago, Faust made a surprise visit to an upstairs classroom before meeting with a group of 16 students, mostly seniors clad in blue school uniforms, who sat in a semicircle in a basement room and conversed with her in English.

The students talked about relating to boys and the rapidly changing role of women in society. But mostly they were eager to share their aspirations with Faust.

One young woman said she wanted to be a “great archaeologist,” while another dreamed of traveling the world and writing. Their classmates spoke of curing disease, of becoming a biotechnology researcher, a journalist, and an artist. “I want people to see the beauty of everything and everyone,” said the future painter.

Faust offered a bit of advice that she shares with graduating Harvard seniors who are struggling with which paths to follow into the future. “I always say to them, follow your passion,” she said, “and if that doesn’t work out you can try something else.”

The classroom of Liceo Carmela Carvajal was not the last one that Faust visited in Chile. At Escuela Basica Arturo Alessandri Palma, she sat in on a kindergarten class that participates in Un Buen Comienzo (UBC), a program modeled on the U.S. Head Start effort supported by the Fundación Educacional Oportunidad and the Chilean government. The program involves faculty from the Harvard Graduate School of Education, Harvard Medical School (HMS), and Harvard’s David Rockefeller Center for Latin American Studies.

“The program aims to improve the children’s language and literacy skills, their social interactions, and to provide families with materials that strengthen the learning environment at home,” said Judith Palfrey of HMS. “UBC is based on the philosophy that education and health go hand in hand.”

Before leaving Chile, Faust addressed a meeting of Harvard faculty and leaders from the government and nongovernmental groups that have been working together to help Chile recover from the February 2010 earthquake and tsunami that devastated large areas south of Santiago.

The meeting, in which Harvard Kennedy School Dean David Ellwood and representatives from HMS and the Harvard Graduate School of Design also participated, was called to discuss how Harvard faculty could best contribute to the next phase of the recovery process, perhaps by helping to improve strategic long-term planning for emergency preparedness and assistance, and by marshaling people with expertise in public health, mental health, and design areas.

“I have great admiration for the dedication and resilience you’ve shown as part of the reconstruction effort following last year’s earthquake and tsunami,” Faust told the audience. “And I’m proud that members of the Harvard community have invested their time and their expertise and their humane concern for others in helping Chile rebuild.”

Faust also said, “I feel fortunate to be here today to help introduce the next stage of what had already been a strong and mutually beneficial partnership between Harvard and Chile. I share the hope that by working in close concert, we can better understand the public health and mental health issues arising from devastating natural disasters; that we can consider design solutions that will limit the damage done by future disasters; and that we can carry forward efforts on various fronts to advance the reconstruction efforts here in Chile.”

Faust introduced Ellwood, who spoke about the importance of acting in time to respond to disasters — and preparing for them. One key for building consensus to plan for crises, he said, was forming partnerships and developing independent institutions that can validate preparedness and recovery efforts.

Just as important, he said, is making a clear case for addressing potential problems. For example, the campaign to reduce the threat to the ozone layer was successful largely because images of it changing made a visual case for action.

“If you see a problem and want to make a difference before and after, you have to make it vivid,” Ellwood said.