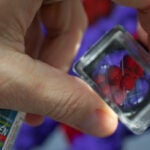 There are creative geniuses, and then there are the rest of us.

We’re the ones Shelley Carson wants to help.

Carson, an affiliate with Harvard’s Psychology Department and a lecturer at the Harvard Extension School, has been conducting research into creativity since 1998. She received a doctorate in experimental psychopathology from Harvard in 2001 and traces her work on creativity back to her original interest in mental illness and her realization that many of the most creative minds in history — Mozart, Van Gogh, Newton — had symptoms of mental illness.

“I was fascinated by the number of creative luminaries, both past and present, who exhibited problems with their inner demons,” Carson said. “It’s difficult to diagnose these people post-mortem, but they certainly had all the symptoms that would lead you to believe they would be diagnosed’’ with a mental illness.

As Carson conducted her research and reviewed the work of others in the field, she shifted from the viewpoint that there were certain people blessed with creativity and that was that. As she worked, she realized that, physically, we’re all wired to be creative, it’s just that some of us are better able to access the creative processes in our brains.

“We’re all creative. There are genetic influences … that allow some people to access specific brain activation patterns more easily,” Carson said. “When I originally started my inquiries into creativity, I thought that there were creative geniuses and then there were the rest of us. The more you study the brain, the actual physical brain, the more you realize everybody has the creative hardware, but some people find it easier to access it.”

In the fast-moving world of the 21st century, Carson believes that creativity is not a luxury reserved for the best artists, painters, and scientists, but rather a basic skill that, if tapped, will help people succeed. And, better still, it can improve if exercised.

“Creativity is the ability to produce work or ideas that combine or recombine elements of information that are stored in our brains or that are coming in from the outside world in novel and original ways, that have a purpose,” Carson said. “Creativity is really important today. If you’re going to survive and thrive in this rapid-change climate of the 21st century, you really have to hone your creative capacity.”

To help people do that, Carson has penned a book, “Your Creative Brain,” which presents something of a how-to manual for your brain’s creative side. The book outlines what Carson has defined as seven “brainsets” involved in creativity. Everyone, she says, has specific patterns that they are most comfortable with. By tapping the processes that they don’t normally use, new avenues of creativity can be found and applied to everyday life.

Citing the seven brainsets, Carson said that they: connect, reason, envision, absorb, transform, evaluate, and stream. She provides tests and exercises to help determine what type of creative person you are. The book is aimed at the public, designed to reach as many people as possible, Carson said.

She hopes readers take away several messages from the book, including a realization that people really are creative, that the quality is important in this fast-changing and high-pressure world, that people by practicing can access different ways of being creative, and that it’s important to use various such abilities in phases of a project, for example, when conceiving ideas, planning, and executing.

“Hopefully, it helps people stretch a little bit,” Carson said. “The whole premise is that if we can look at the neuroscience literature and see what are the predominant brain activation patterns that highly creative people use when engaged in creative work, we can then mimic those brain-activation patterns or brainsets and hone our own creativity.”