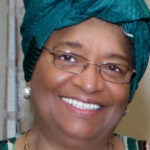 The voice of reform

Meyer will assume the full range of responsibilities involved in leading the church and maintaining a vibrant and active congregation during the search for a permanent successor to the Rev. Peter J. Gomes, Plummer Professor of Christian Morals and Pusey Minister in the Memorial Church, who died on Feb. 28.

“I am enormously grateful that Tad Meyer has agreed to take on this role during such an important moment in the life of Memorial Church and the University,” said President Drew Faust. “Tad is a distinguished preacher who has led congregations in Philadelphia and Beverly, Massachusetts. He also worked with Peter Gomes as an associate minister in the 1990s, and thus understands both the distinctive character of the Memorial Church and the rich diversity of Harvard’s larger religious profile. We are very lucky to have someone of Tad’s experience, intellect, and sensitivity willing and able to step in during this time of transition.”

“I am honored and humbled to be asked to serve the University in this way,” said Meyer. “I look forward to working with colleagues at the church and across Harvard to maintain an active ministry and engaged congregation as the University seeks to identify a permanent leader for the Memorial Church. I think of this assignment as my small but tangible way to honor the memory of Peter Gomes, who was a cherished friend and mentor to me and to so many others.”

Meyer plans to maintain the full schedule of Morning Prayers and weekly and special services in the church and ensure the continued excellence of the preaching and the music program. Meyer also will serve as primary liaison to the Harvard chaplains, who represent the wide range of religious traditions on campus.

Prior to returning as associate minister in December, Meyer served for 10 years as rector of St. John’s Episcopal Church in Beverly Farms, retiring from the full-time ministry in 2009. From 1997 to 1999, Meyer was associate minister of the Memorial Church. Between 1979 and 1997, Meyer held positions in churches in New Haven, Conn., Buffalo, N.Y., and Philadelphia. He has served throughout his career in leadership positions within various Episcopal Dioceses, taught in a variety of academic and congregational settings, and published articles and reviews in numerous journals.

Meyer holds a B.A. from the University of the South, Sewanee, Tenn., degrees in ministry from the General Theological Seminary in New York City, and a Ph.D. from Cambridge University in England. Meyer was ordained to the priesthood in New Haven in 1979.

A memorial service celebrating the life and ministry of the Rev. Gomes will be held in the church on April 6 at 11 a.m. All are welcome to attend.

The service will be broadcast live on Harvard’s radio station, WHRB 95.3 FM. For those outside the Cambridge area, WHRB provides live Internet streaming.