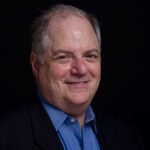 Harvard scholar regarded as one of America’s leading preachers

The Rev. Professor Peter J. Gomes, Plummer Professor of Christian Morals and Pusey Minister in the Memorial Church at Harvard University, died on Feb. 28 from complications arising from a stroke. He was 68 years old.

Gomes, an American Baptist minister, served in the Memorial Church since 1970. He was a member of both the Divinity School faculty and the Faculty of Arts and Sciences at Harvard. Gomes authored many books, including the best-sellers “The Good Book: Reading the Bible with Mind and Heart” and “Sermons: Biblical Wisdom for Daily Living,” as well as numerous articles and papers.

Widely regarded as one of America’s leading preachers, Gomes participated in the inaugurations of Presidents Reagan and George H.W. Bush. He was named Clergy of the Year by the organization Religion in American Life in 1998; in 1979 Time magazine called him “one of the seven most distinguished preachers in America.” He received 39 honorary degrees and was an Honorary Fellow of Emmanuel College, University of Cambridge.

“We are deeply saddened by this loss,” said Harvard President Drew Faust. “Peter Gomes was an original. For 40 years, he has served Harvard as a teacher in the fullest sense — a scholar, a mentor, one of the great preachers of our generation, and a living symbol of courage and conviction. Through his wisdom and appreciation of the richness of the human spirit Reverend Gomes has left an indelible mark on the institution he served with unmatched devotion and creativity. He will be sorely missed.”

“No one epitomizes all that is good about Harvard more than Peter J. Gomes,” said Henry Louis Gates Jr., Harvard’s Alphonse Fletcher University Professor. The pair met in 1991 when Gomes was part of a recruiting committee that helped to bring Gates to the University. Gates quipped it was “love at first sight,” and said Gomes had been a loyal friend and adviser for 20 years.

“He was one of the nation’s truly great preachers and one of Harvard’s truly great scholars,” said Gates, who directs Harvard’s W.E.B. Du Bois Institute for African and African American Research. Gates also praised Gomes for his expertise on the history both of Christianity and of Harvard University and for his “keen storytelling capacity.”

“Peter has been a powerful presence in the University for more than four decades,” said William Graham, dean of Harvard Divinity School, who first met Gomes at Harvard in 1966.

Graham recalled hearing Gomes offer parting words to graduating College seniors during Commencement. Those speeches “are masterpieces, both humorous and moving valedictions. That was something very special for undergraduates,” said Graham, John Lord O’Brian Professor of Divinity and Murray A. Albertson Professor of Middle Eastern Studies in the Faculty of Arts and Sciences.

“Peter was a singular voice in our faculty meetings,” said Michael D. Smith, dean of the Faculty of Arts and Sciences. “Imbued with a deep knowledge of Harvard’s history, his perspective always reflected an attention to the weight of history. No one understood better than he what it means to be a thoughtful and ethical participant in powerful institutional traditions.”

Gomes preached and lectured across North America and the British Isles.  In 2010, he gave The Princeton Lectures on Youth, Church, and Culture.  Harvard University in 2010 elected him Honorary President of the Alpha-Iota Chapter of Phi Beta Kappa.  In 2009, he gave The Lowell Lectures of Massachusetts.

In 2007, he was named a member of the Most Venerable Order of the Hospital of St. John of Jerusalem, the oldest order of chivalry in Britain.

In 2005, he presented a series of sermons in St. Edmundsbury Cathedral, England; in 2004 he gave the convocation address at Harvard Divinity School; and in 2003 he delivered the Lyttelton Addresses at Eton College, England. In 2000, he delivered the University Sermon before the University of Cambridge and the Millennial Sermon in Canterbury Cathedral. In 1998, he presented the Lyman Beecher Lectures at Yale Divinity School.

He also preached at the inauguration of Deval L. Patrick as governor of Massachusetts.

Born in Boston in 1942 to Peter L. and Orissa White Gomes, Gomes was educated in the Plymouth, Mass., public schools. He graduated from Bates College with an A.B. degree in 1965, and he received the S.T.B. degree from Harvard Divinity School in 1968. That year, he was ordained to the Christian ministry by the First Baptist Church of Plymouth.

From 1968 to 1970, Gomes was an instructor in history and director of the Freshman Experimental Program at Tuskegee Institute, Ala. There he also served as a church organist and choirmaster. He came to the Memorial Church as assistant minister in 1970. He became acting minister in 1972, and in 1974 was named the Plummer Professor of Christian Morals and Minister in the Memorial Church. In this capacity, he acted as the University’s leading religious officer and spiritual adviser.

Gomes’ teaching and research interests included the history of the ancient Christian church, the Bible, homiletics, worship, and the history of the black American experience. He served as acting director of the W.E.B. Du Bois Institute for Afro-American Research at Harvard from 1989 to 1991.

The former president of the Signet Society, Harvard’s oldest literary group, Gomes published eleven volumes of sermons as well as numerous articles and papers. In 1996, he published “The Good Book: Reading the Bible with Mind and Heart,” which became a best-seller. Gomes described it to the Boston Globe as a book about the Bible “for the average intelligent lay audience, not for seminarians or Divinity School colleagues.” In it, Gomes analyzes the historical efforts to misuse the Bible to marginalize Jews, blacks, women, and gays.

A self-described cultural conservative, Gomes stunned the Harvard community and reluctantly made national news when he came out as a homosexual in 1991 in response to gay bashing on campus. “I don’t like being the main exhibit, but this was an unusual set of circumstances, in that I felt I had a particular resource that nobody else there possessed,” he told The New Yorker in 1996.

“I’m always seen as a black man and now I’m seen as a black gay man. If you throw the other factors in there that make me peculiar and interesting — the Yankee part, the Republican part, the Harvard type — all that stuff confuses people who have to have a single stereotypical lens in order to assure themselves they have a grasp on reality,” he said in an interview with the Boston Herald in 1996.

Gomes served as a trustee of the Roxbury Latin School. He was also a member of the Massachusetts Historical Society, the Colonial Society of Massachusetts, and the Advisory Board of the Winterthur Museum, and a sometime fellow of the Royal Society of Arts, London. He had been a trustee of Wellesley College, the Public Broadcasting Service, and Bates College.  He is past president and trustee of The Pilgrim Society, Plymouth, Mass.

He is survived by his cousin, Marjorie Daly, and her children, George R. Daly and Viana Daly.

A memorial service celebrating the life and ministry of The Rev. Peter J. Gomes will be held in the Memorial Church on April 6 at 11 a.m. All are welcome to attend.

The service will be broadcast live on Harvard’s radio station, WHRB 95.3 FM. For those outside the Cambridge area, WHRB provides live internet streaming.